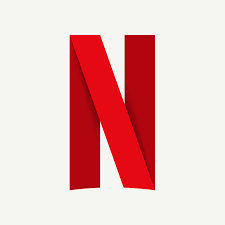 Netflix has just announced an exciting new addition to their movie platform. The company is launching their Netflix Games feature, where movie fans and gamers will be able to enjoy newly developed games, some of which will include the characters of Netflix’s movies like Stranger Things. The games will be available in the mobile version of the Netflix application. In this article you will learn all about the new gaming feature of Netflix and where to find it!

How can you get access to Netflix games?
You will be able to find Netflix’s gaming feature in the mobile application that you can download from Apple’s App Store or Android’s Google Play Store. All you need to do is download the application and get a Netflix subscription if you don’t have one already. There are no additional fees for the gaming feature, with the regular subscription you will have access to both the movies and the games. You will only need to authenticate your Netflix membership information in order to begin playing.

Android
If you are an Android user, you will be able to download Netflix’s application on Google Play Store. Netflix users on Android have their own dedicated “Games” tab in the app’s navigation, while iOS users will not.

iOS
iPhone users will only see a dedicated games row in the app where they can select any game to download. If you are using an iPad instead, you will see the games row and you will be able to access games from the Categories drop-down menu.

According to Netflix, they have tried to use a similar way to launch Netflix Games on iPhone and iPad devices. Also, Netflix is confident that they managed to comply with the new Apple’s App Store rules about gaming applications.

Apple made the update in response to address the growing number of cloud gaming services, and its policy indicates that developers are allowed to offer a centralized app that offers its members access to a gaming catalog. Every title within the game catalog must have a dedicated App Store listing. Apple said this would allow it to review each gaming title separately. This system was first implemented by the subscription-based gaming service GameClub as a way to offer a broader selection of classic gaming titles that were only playable by its members.

Online and offline gaming
Some games will require internet, however, you will be able to play most of the games offline on your mobile phone, which is great for when you are on the plane or you don’t have a very stable internet connection.

Which games will be available?
Netflix is launching the gaming feature with a few games and more to come in the next months.

The games that you can already find include: Stranger Things: 1984 and Stranger Things 3: The Game from BonusXP, Shooting Hoops and Teeter Up from Frosty Pop, and Card Blast from Amuzo & Rogue Games.