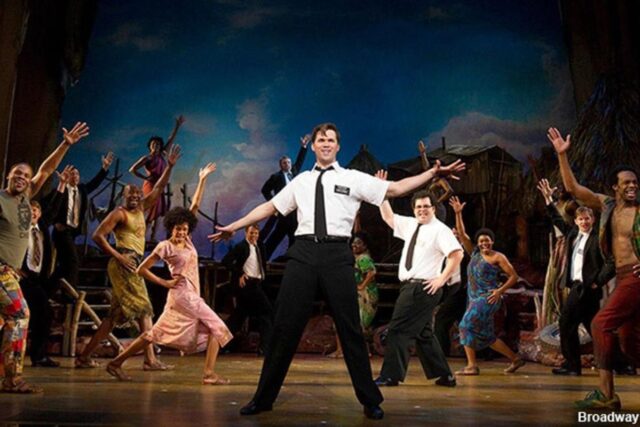 Celebrate the new year with Moulin Rouge! The Musical with tickets from as little as £30

The Broadway hit Moulin Rouge! The Musical is gracing us with opulent glamour in the West End this week.

The stage adaptation of Baz Luhrmann’s 2001 iconic film opened last week on the 12th of November and will be showing in the Piccadilly Theatre until the 28th of May 2022.

Bringing Parisian exoticism, show-stopping sets and heart-breaking romance to the West End, this show is guaranteed to get you belting out a medley of pop hits.

There is already limited availability in November, with a few tickets remaining until the New Year.

However, for the best deals on tickets, check out the show’s performances in January, which are currently available from just £30.

South Park creators Trey Parker and Matt Stone have joined forces with Avenue Q’s Robert Lopez for the creation of musical The Book of Mormon, which premieres on the 15th of November in the Prince of Wales theatre until the 2nd of April 2022.

Promising to outrage and entertain, The Book of Mormon first showed on Broadway in 2011 and has since gone on to win nine Tony Awards and four Olivier’s including best musical and is said to be the funniest musicals ever written.

The Book of Mormon tickets are selling from £24 in December with good availability seating towards the end of the month.

It’s an exciting month, with several highly anticipated shows arriving at theatres. However, the hottest West End shows don’t have to be an expensive treat if you know where to look.

Here are some top tips from the experts at SeatPlan:

#1 Use a theatre tickets platform

Certified online sellers and ticket platforms frequently offer discounts on seats that need filling, single seats or those that may have a restricted view.

To find these discounts, look for the discount deals page, typical for ticket platforms. Here you can find the latest cheap tickets for the week, where you can get your hands on the most sought-after seats for the best available prices.

And for even more money off theatre tickets, many online platforms offer rewards schemes too. For example, SeatPlan enables consumers to upload reviews of their seating arrangement when visiting a theatre, which they can trade for digital theatre vouchers.

Booking online in advance is another great way for you to save money.

Figure out which show you want to watch and be flexible with your dates, this will allow you to shop around and find the best deals.

By being organised, you are likely to find better seats without paying through the nose for them.

Like to play with chance? Win discounted tickets for popular shows by entering your name in a ballot at the theatre of your choice.

So, try your luck, you have to be in it to win it!

Old or young, there are several schemes for discounted access to theatre performances, with some even offering bargains such as 25 percent off all food and drink. If you’re under 26, many theatres offer discounts as little as £5 per ticket.

Lots of theatres offer a student discount, as well as access to many other events and creative opportunities.

And if you’re over 65, many theatres will also offer you a concession.

So, it’s worth keeping an eye out for age specific discount schemes before hitting that purchase button.

Most theatres offer discounts for bigger groups of eight to 10 or more people. Discounts can vary but generally range from 30-50 percent off ticket prices.

However, check online if group bookings are possible as they might require you to call up before booking. Get in touch with the show, date and number of tickets required to ensure seats are available for that big night out.

#6 Get a theatre membership

Theatre memberships like annual passes are a great way for theatres to retain loyal customers and help theatre fanatics get tickets for the most in-demand shows for the best price possible. Generally, these will be cheaper than buying individual tickets than from the theatre itself every time.

Although, there might be different levels to these memberships for access to the bigger shows, as some only accept member applications at certain times of the year and might incur a small fee to the company for the membership.