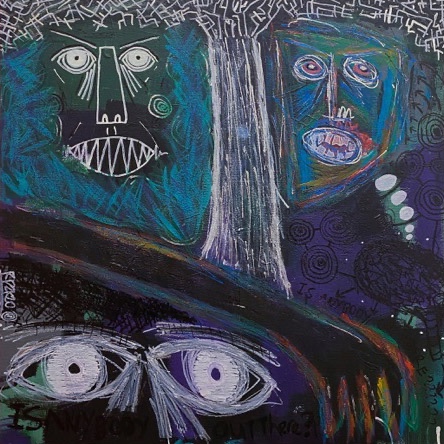 The 21 year old New Zealand artist broke through with Supalonely, the four billion streaming single from her second EP, and has had to wait for a chance to tour outside her home country again.

Next year sees BENEE head back to Europe and the UK in April-May and North America in June, traveling to play the Northern hemisphere for the first time since 2019.

She managed to fit in a sold out summer 2020 tour of New Zealand with the release of her Hey u x album.

I am beyond excited to announce that my WORLD TOUR KICKS OFF next year!!!!!!!!!,” says BENEE. “It’s been such a long time coming & we’ve lived through a lot in these weird times but shows starting up again has rly got everyone sosososodo happyyy!!!! I can’t wait to get back out there & meet all of u and play a bunch of new musiiiiiicccc!!

“I AM SO READY TO TOUR!!” she exclaims. “Doing shows with my band is the best thing and I have missed it so badly this year. Waiting, rescheduling, waiting again has been incredibly difficult.”

BENEE’s dreamy alt pop mixes her deeply heartfelt reflections on life in suburban Auckland, New Zealand, with offbeat and often whimsical lyrical encounters with zombies and snails, all produced with a technicolour ear for cooked beats and unpredictable hooks.

She has just released her first new music since 2020’s album Hey u x.

The album was a vibrant musical world with guests ranging from Grimes and Lily Allen to Gus Dapperton and Muroki (another New Zealand teen BENEE has since signed to her own label, Olive).

It was listed as one of Billboard’s 25 Best Pop Albums of 2020, noting that BENEE “contemplates the woes of Gen Z with a keen ear for choruses and arrangements that oscillate between indie rock and hyperpop”. Stereogum praised its “quirky but impeccably produced pop music” and Vogue called it “13 tracks of heavenly indie-alt-pop”.

Latest single Doesn’t Matter, another deeply revealing track that reflects the singer’s journey through the emotional clatter of 2021, is off to a flying start, streaming over 1million times in its first week.

A forthcoming BENEE EP release leads into plans for 2022 with the thing that excites her the most, a hefty touring schedule that will bring her live show to adoring fans around the world at last.