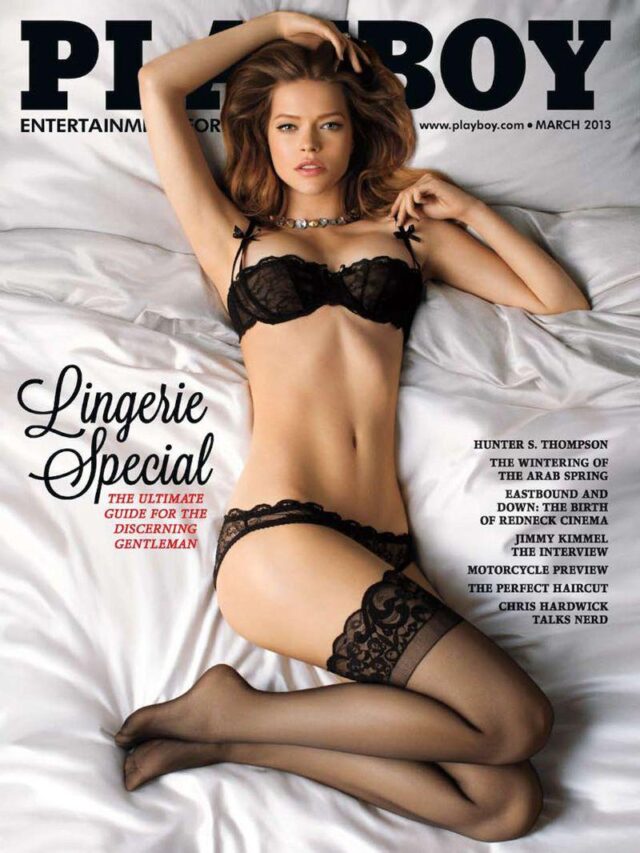 A Russian Playboy Model who was the last Playboy Playmate of the Month to appear in Playboy USA before the death of the iconic magazine’s founder, Hugh Hefner, has revealed that she has received merciless online abuse and lost friendships over false rumours about her and Hefner. The Playboy founder, who passed away in September 2017 at the age of 91, was famed for his love of beautiful women and after Liza was named Playmate of the Month, rumours quickly swirled about Liza and Hefner having an affair, rumours which Liza has, to this day strongly denied.

The blonde beauty, who also appeared on the magazines cover in 2013 as well as appearing in Vogue, has garnered over 380,000 fans on TikTok with millions of views and over 84,000 on Instagram and was even selected to be one of the faces of Victoria Beckham and Estée Lauder Cosmetics.

After being born in a small town in Russia called Rostov, Liza developed a passion for ballet dancing and while participating in a ballet concert, got discovered and scouted as a model- something which changed her life forever. Her extensive modelling career has seen her travel the world all the way from Japan to Germany and model for international brands including Olay, LaMer and Lancome. However, her life was always difficult from the beginning with Liza being told throughout her young life that she was ‘not slim enough, not tall enough or not beautiful enough’- so by doing Playboy Liza wanted to prove everyone wrong.

One of her career highlights but most controversial moments was appearing in Playboy, something millions of women dream of. Liza said she received tremendous backlash from the Russian community for appearing in the nude in the magazine. “As soon as I appeared in Playboy the Russian media and thousands of online trolls started spreading false rumours about me, saying that I must have slept with Hugh Hefner to get on the cover. They didn’t stop to think, actually maybe she just worked really hard to get on the cover and it was based on talent. Even to this day I still get abuse, it’s very hurtful but I would appear in Playboy again in a heartbeat, I’m sure it’s what Hef would have wanted’.

Liza says the cruelest rumour was when Russian trolls accused her of being the reason Hugh Hefner died, saying that she must have given him a heart attack for her seduction techniques.“It was so painful for me to receive these untrue and hateful messages with people accusing me of things that were so untrue. I did Playboy to celebrate women’s empowerment and to give myself confidence and to show women that we should never be constrained by other people’s judgement. I have no regrets about being in Playboy and I know Hefner was very happy and would have been very proud to have me as his last Playmate”.

Liza’s story comes just days after Playboy Magazine unveiled its first ever male cover star, YouTube Sensation Bretman Rock and Liza said she was fully supportive of the progessive move “Playboy has always been ahead of its time, so by featuring the first male cover star it sends out a powerful message to the world that all of us, male or female deserve to be celebrated for who we are”.