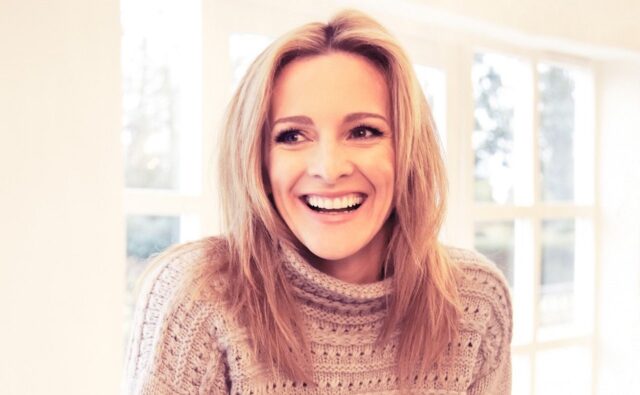 A group of Britain’s most famous sports stars will join Gabby Logan at Lord’s Cricket Ground on Thursday 4 November to raise money for Muscular Dystrophy UK’s Celebrity Sports Quiz.
This is the 10th year the Quiz has run, and the stunning line-up of guests includes:

Comedian and test match statistician, Andy Zaltzman, will be the host. Gabby Logan will be the quizmaster challenging the stars to find this year’s winner.

“As Muscular Dystrophy UK’s President, I am really excited about hosting a stunning line-up of my sporting colleagues for this year’s Celebrity Sports Quiz. This will be a first for me and I really can’t wait to be at Lord’s Cricket Ground on 4 November for an evening of brilliant fun and some serious fundraising.”

Money raised by the Celebrity Sports Quiz topped a fantastic £1million last year, despite the 2020 event being virtual amid the Covid-19 pandemic.

Every penny goes towards research, campaigning, and supporting the UK’s 70,000 people who live with a muscle-wasting condition.

This year’s event will include pre-reception nets sessions with Graham Onions and Monty Panesar, followed by tours of Lord’s Cricket Ground. After a Fever-Tree drinks reception and three-course dinner the sports quiz will kick off, followed by an auction with the writer and auctioneer Jeffrey Archer.
The top prizes so far are the following:
• Three-night stay at luxury hotel Nobu Marbella for two with dinner and wine for one evening
• Four-ball at the exclusive Swinley Forest Golf Club with lunch and drinks included
• A week’s stay in a Kenyan beachfront villa for 8
• Two VIP passes to the Masters Snooker tournament accompanied by snooker star Ken Doherty

“I am supporting the charity as it is such an important cause to me because I have a friend whose son has muscular dystrophy. I have a small idea of how challenging these conditions are. Any help for families in their position is so important. The quiz last time was just a really fun night with a great group of people.”

Monty Panesar said it has been an honour to attend the Celebrity Sports Quiz for the past two years. He added that it is rare for a charity event to raise so much at the same time as being being brilliant fun, year after year..

“Our flagship events are now back in force for 2021, including the much-loved Celebrity Sports Quiz. Thank you to all the sports stars and guests attending the event. The money raised is vital in helping us in our ongoing fight to improve the lives of those living with one of more than 60 rare muscle-wasting conditions.”

For more information on the event and table prices contact events@musculardystrophyuk.org.