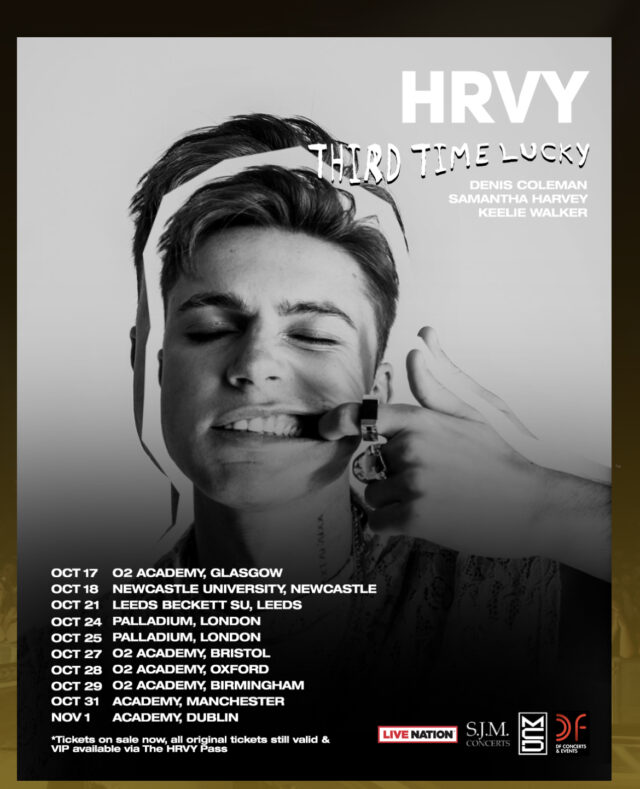 Rising pop sensation Keelie Walker has been announced as the support for HRVY on his 10 date UK & Ireland ‘Third Time Lucky’ tour, beginning 17th October. In her much-anticipated return to the UK, fans will have the chance to see her perform brand new single ‘Love Beams’ – a joyful pop banger, bound to soundtrack many TikTok dance routines this autumn.

At just 18 years old, this is her third major UK tour, following support slots for Westlife and iconic girl-group Little Mix previously. Now hitting the road with pop-superstar HRVY, Keelie is further establishing the loyal UK fanbase she gained since her last appearance in 2019.

Buzzing to be performing in the UK again, Keelie says: “It’s so exciting to finally announce I’ll be back performing. It’s 2 years since I toured with Little Mix in Europe and this will my first tour since Covid and I couldn’t be more grateful. It feels like ages since Covid stopped us moving around and performing, so it’s even more special to be able to come back to the UK because it gives me a chance to say hi to all my fans that have been so supportive of me since I toured with LM5 and Westlife. I was so excited to hear about supporting HRVY on his tour. I’ve seen online how he performs, how he engages and portrays his music. What he does is amazing and I can’t wait to meet him and meet all the fans as well.”

‘Love Beams’ is the product of a whole new body of music from Keelie. Recorded during pre & post-lockdown sessions in Los Angeles and Chicago with various producers including 3x Grammy Award nominated producer Yung Ladd (Chris Brown, Beyoncé) and XL (21 Savage), with Love Beams specifically being written and produced by TV and radio personality Manny Streetz and David ‘DK’ Kater. Her first single this year is a euphoric celebration of young love, positivity and fun that emphasises the bliss of post-lockdown life.

Speaking on the song, Keelie said: “Ever since things lightened up with covid and we were able to get back in the studio we did. I’ve been working on a lot of new music and now at last I finally get to release them. I chose ‘Love Beams’ to release first because it feels fun and fresh. It’s definitely a song to jam out to, have a blast with and sing your heart out. It’s about a love that feels out of this world.”

Whether she is singing, performing or acting, Keelie is establishing herself as a seriously driven and respected rising star, not only working with amazing producers in the USA but also gaining a strong fan base in the UK and Europe through ongoing significant support from Kiss, TIDAL, Bauer, UKRD, BBC Radio and Gaydio Networks. She’s also teamed up in the USA with the Jonas Group Media whose creative Director Blair Miller said: “We’re excited to team up with Keelie and her music, she has an amazing future ahead of her!”