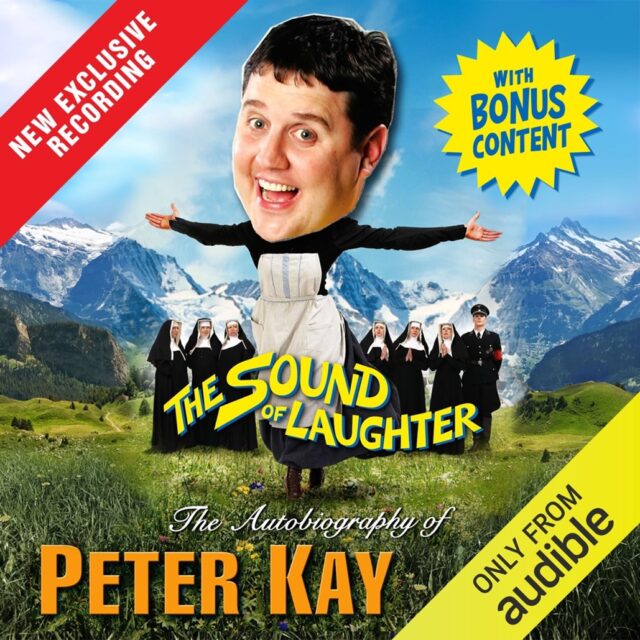 Grab a brew and some good-for-dipping biscuits and listen to Peter take a trip down memory lane, including his first-ever driving lesson, his Bolton childhood, the numerous jobs he held, right up until he found fame in the world of comedy.

The Sound of Laughter observes the absurdities and eccentricities of family life; elderly relatives, garlic bread, cheesecake, weddings, funerals and your mum’s HRT… hear all about it from Peter, read live and direct from his own front room.

Peter Kay remains one of Bolton’s funniest comedians. His first autobiography The Sound Of Laughter still holds the record for the biggest selling British hardback autobiography of all time. Selling over two million copies worldwide.

Peter has won numerous BAFTA’s, National Television Awards for his TV work including Car Share and Phoenix Nights. As well as three number one chart singles, Peter also holds the Guinness World Record for the biggest selling stand-up comedian on the planet.