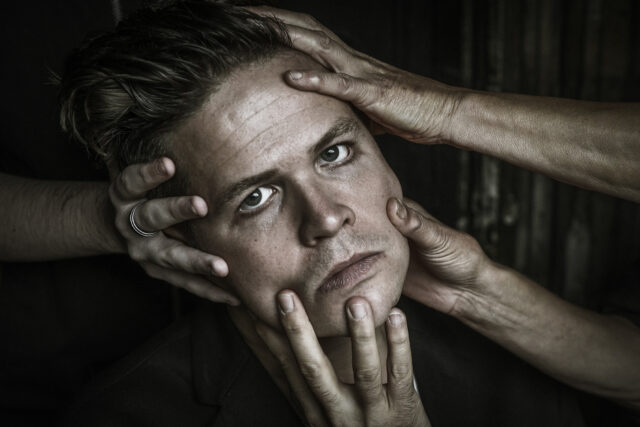 The Remains of Logan Dankworth is the third and final instalment of Luke Wright’s trilogy of political verse. It looks at trust and privilege as we continue to discover the lingering legacy of Brexit.

After an extensive tour suffered multiple Covid caused postponements in 2020, Luke feared the opportunity to perform it around the country was lost. But now the play has selected dates in 2021 including a date at Colchester Arts Centre on 27 September.

Logan Dankworth, newspaper columnist and Twitter warrior, grew up romanticising the political turmoil of the 1980s. Now, as the EU Referendum looms he is determined to be right there in the fray of the biggest political battle for years. Meanwhile, Logan’s wife Megan wants to leave London to find a better place to raise their daughter. As tensions mount at home and across the nation, something is set to be lost forever.

The first two plays in the trilogy, What I Learned from Johnny Bevan and Frankie Vah, won praise from critics and audiences alike for their ‘mature, lyrical and politically relevant poetic writing’ (Exeunt), laced with wit, compassion and laser precision.

‘a hurtling, headlong hour of storytelling stuffed full of savage satire and astute observations’ The Stage

Luke said ‘The Remains of Logan Dankworth is certainly the most complex and one of the most mature things I’ve written. As with my previous plays there is a personal story occurring against the backdrop of political upheaval. The previous plays dealt with Thatcherism and the legacy of New Labour. This features a man approaching middle age excited by the febrile nature of British politics while trying to hold things together at home.’

Born in Braintree Essex, Luke Wright is a poet and theatre maker who has been writing and performing his work for 20 years, touring all over the world. Now internationally renowned is acknowledged as one of Britain’s top stand-up poets and one of the principal architects of the now thriving spoken word scene. www.lukewright.co.uk

Flamboyant, political and riotously funny, Luke’s published work includes three full collections, three pamphlets and the three verse plays. He is the winner of a Fringe First, a Stage Award for Acting Excellence and in May won a richly deserved third Saboteur Award for Best Spoken Word Performer 2021.

The Remains of Logan Dankworth is directed by Alex Thorpe who also directed Frankie Vah and has three Royal Shakespeare Company productions under his belt. Music for the show was written and performed by musician and writer Polly Wright with dramaturgy by Sarah Dickenson and lighting design by Joe Price.