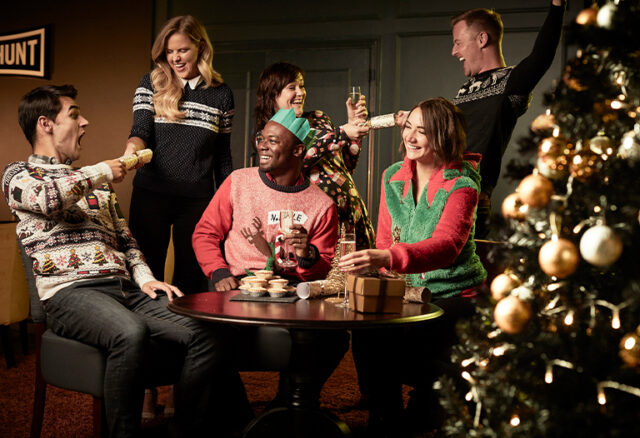 Grab your friends, family and colleagues and book an adrenaline-packed adventure: Escape Hunt have officially opened bookings for their new venue in Lakeside Shopping Centre, located in West Thurrock.

Escape Hunt Lakeside open bookings for their unmissable escape rooms and virtual reality adventures. Take on an escape room, with the choice of falling down the rabbit hole in Alice in Puzzleland, taking on a Cowboy adventure in Escape the Wild West or step aboard a pirate ship in Blackbeard’s Treasure. If that isn’t enough, you can delve into an interactive VR experience with games including Mission Sigma, ALICE or travel to an abandoned monastery in spook-tactular limited edition game: Sanctum. No matter if you’re saving a city from a missile or trying to defeat the evil Queen of Hearts, a memorable escape from reality is guaranteed.

All adventures will be playable from October 22nd when the venue officially opens its doors, just in time for October Half Term.Work with your friends to recover the stolen Queen’s tarts as you tumble into Wonderland. Or step into the Wild West as you strike gold and attempt to escape from the clutches of a bloodthirsty gang. If that doesn’t fill you with excitement, then how about trying your luck looting the booty from Blackbeard’s ship?

Escape Hunt CEO Richard Harpham commented, ‘We’re thrilled to announce bookings are open, and that we’ll be bringing the magic of our immersive entertainment to Lakeside. The shopping centre has incredible footfall and is already home to some unmissable entertainment destinations, so we know everyone is going to love going on an Escape Hunt. Some of our most popular escape rooms will be opening at Escape Hunt Lakeside, our first location in Essex, and we couldn’t be more excited!’

Escape rooms are suitable for ages 8+ and VR experiences for ages 12+ (Sanctum 15+) with prices starting from just £22 per person. Escape Hunt also have a whole host of Christmas party packages available to book now, from in venue group bookings to online virtual experiences!

To book your experience now for Lakeside, head to – https://escapehunt.com/uk/Lakeside/