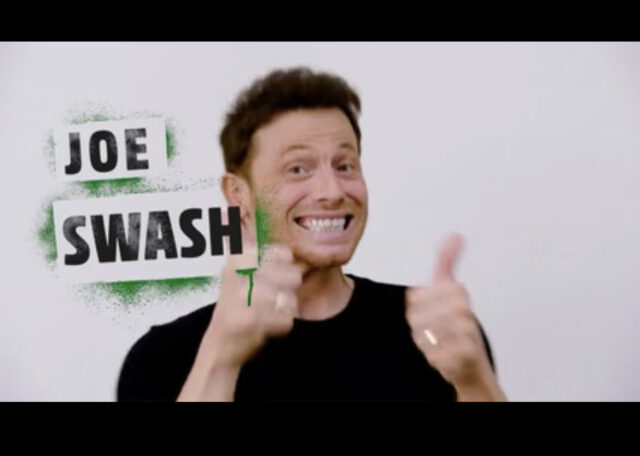 For decades, British food has been the butt of a joke across the world, with the nation ridiculed for our beige buffets and stodgy snacks.

Long been categorised as “bad” for our supposed strange combinations, lack of imagination, stodgy puddings, and weak tea, British food has become a laughingstock online and the subject of millions of memes.

And it looks like the nation is living up to this reputation, more than one in four (27 per cent) believe British food is boring!

To see just how boring British food really is, TV personality and actor – Joe Swash – has taken part in a unique food experiment that sees the father-of-four sitting in the hot seat and taking on the nation’s food fails.

The new film dubbed ‘Ban the Bland’ sees the cheeky chap trying various sad snacks made famous in Britain, such as messy meat paste and peculiar peanut butter and mayonnaise sandwiches – known to be enjoyed during picnics in the park.

Other strange snacks that appear in the series include nostalgic nosh, such as kippers.

Commissioned by Peperami, the meat-snacking brand, the experiment follows a recent survey where crisps, toast and digestive biscuits were crowned Britain’s most ‘boring’ snacks.

According to the 2,000 respondents, lack of tempting options and inspiration has resulted in some turning to odd combinations in a bid to waken tastebuds – from dipping digestives in ketchup to munching on Marmite and malt loaf.

Others have also ditched the bread base of beans on toast and spoon straight from the tin at snack time.

The I’m A Celeb star lifts the cloche, revealing the kippers and sneers “What! That’s not a snack, that looks like a bush tucker trial!”

He adds, “You’re making that up – that is not a snack!” Looking in horror, Joe looks at the plate and picks up the foul fish, “Oh, it’s cold – you didn’t even put it in the microwave.”

As he continues to look at the crew in horror, Joe declares that he will “lick it” – but refuses to eat the orange herring.

He quips “If I don’t let my tongue touch my mouth, I won’t taste it!”

The family man recollects to the camera about life at home with fiancé, Stacey Solomon, and their four boys.

“Stacey will eat something but eat it like there is a microphone in her mouth!

“She will eat the crisp or piece of popcorn, and as she is chewing, she will breathe out [impersonates loud eating] – I’ve never known someone to make so much noise when eating crisps!

“It’s taken me a lot of time, a lot of years and a lot of patience to be able to sit next to her and not go mad about it!”

The proud dad is then presented with his next strange snack – a peanut butter and mayonnaise sandwich.

“What! You don’t put… that’s like a big soggy mess!”, referring to the nations terrible taste in food.

He sneers to camera and says, “I genuinely don’t want to eat that.”

Giving viewers a taster on what life is like at home, the Celebrity Gogglebox star dishes the dirt on pregnant Stacey’s strange snack habits.

“It’s not so much me, it is more Stacey! She loves a bit of piccalilli. She loves anything pickled.

“She loves curly kale. She puts it in the oven and it’s her version of crisps! Honestly, it’s the weirdest thing I’ve ever eaten.”

The usually private star continues, “I’ve had to get used to eating weird things being with Stacey! She does push the boat out and try weird and peculiar foods.”

As the personable presenter continues to mock the nation’s food fails, the second half of the video sees Joe offer his own snack solution – showing viewers how to go from boring to brilliant.

Viewers can expect to see Joe rustling up British Tapas – a local take on the traditional finger food favored by those in Spain.

To be enjoyed during summer soirees and picnics in the park, the British Tapas platter uses popular Peperami products, such as the iconic Peperami Original Stick and Peperami Chicken Bites.

The brand is offering Brits the opportunity to claim one free product from each range from now until the 30th November 2021 at www.freepeperami.com.