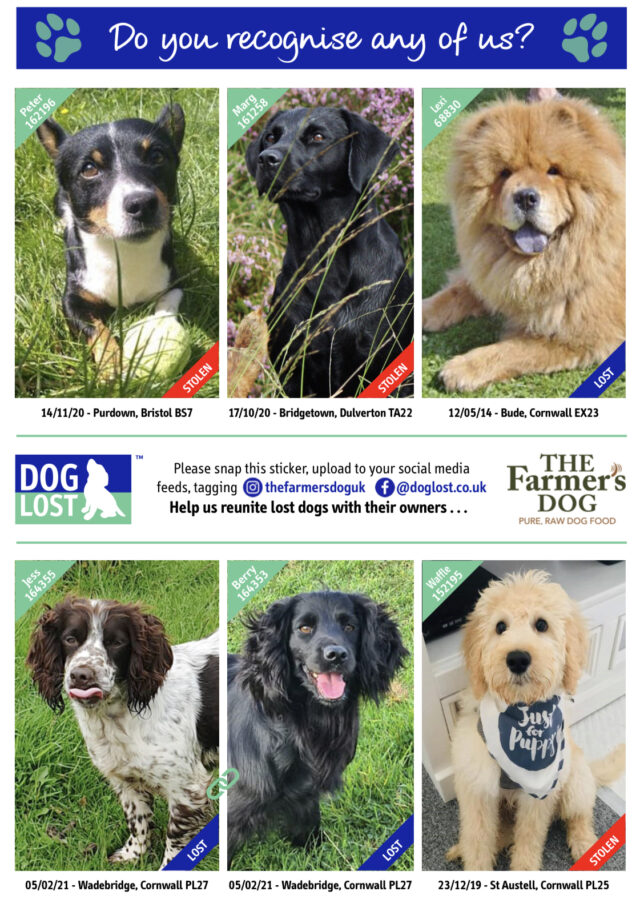 The Farmer’s Dog has partnered with DogLost, a voluntary organisation helping stolen and missing dog owners, by launching a “missing” campaign reminiscent of the missing children milk carton campaign used in the USA in the 1980s.

The Farmer’s Dog UK, a raw dog food company, will affix stickers with the profiles of six missing dogs produced by DogLost onto their mail order boxes.

Customers are invited to take a picture of the sticker and share on their social media channels to digitally help the search for the missing dogs. The stickers will be changed at the end of each month, so in a year The Farmer’s Dog will highlight seventy-two stolen and long-term missing dogs.

Since the beginning of the pandemic the demand for four-legged friends has risen exponentially with workers and families spending more time at home and lacking social interaction. In the first six months of lockdown, it was estimated that 2m dogs were purchased within the UK.

This increase in demand has led to a rise in dog thefts, with the most sought-after breeds selling into the thousands of pounds.

DogLost, run solely by volunteers, have been overwhelmed with requests by grief-stricken owners who have reported their canine companions either lost or stolen. Penalties for dog-theft remain low so thieves are becoming more brazen with reports of dogs stolen from outside shops and even direct from owner’s gardens.

DogLost recommend the below five theft prevention tips to help safeguard against dog theft during the summer holidays:

· Microchip your dog – microchipping is now required by law. This ensures that your dog can easily be identified and returned to you if they get lost or stolen.

· Stay alert – beware of strangers and do not let your dog off the lead unless you are sure that they will return.

· Security – make sure your garden is secure and that any gates are locked or have an alarm. Do not leave your dog outside alone for any length of time.

· Insure your dog – and consider policies that include ‘missing pet cover’

“The Farmer’s Dog are excited to launch our “missing” campaign with DogLost, a voluntary organisation which does incredible work in returning dogs to their owners. We have a nationwide customer base of dedicated dog owners; we are excited to be working with DogLost and we hope that our collaboration helps dogs returned to their rightful owners.”

“With dog ownership in the UK at an all-time high, unfortunately so is dog theft. Last year we had 465 reported thefts and to date in 2021 we have had 254 reported stolen.”

We are delighted that The Farmer’s Dog came to us with their “missing” campaign concept which, with the benefit of social media, can only help us in our mission to reunite stolen dogs with their owners.”