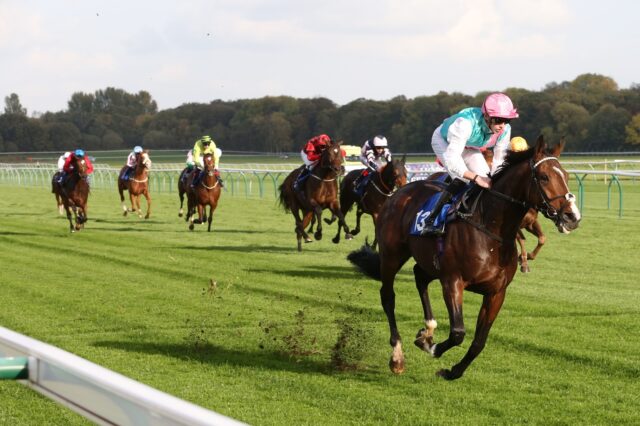 There was plenty for Aidan O’Brien to smile about at the Curragh, as Empress Josephine produced a fine display to win the Irish 1,000 Guineas, with Seamie Heffernan in the saddle. O’Brien is no stranger to success of course, and the sight of one of his horses romping over the finish-line in first place is one the Irish trainer has become used to. But there is something special about a one-two, and with Joan Of Arccoming home in second place, O’Brien was able to savour that special delight.

“She’s quick and Seamus gave her a lovely ride. She’s a classy filly. It’s a long time since Seamus rode his first Group One winner for us. He’s a great fella who works with us day in day out. Joan Of Arc ran a lovely race. We were going to step her up to a mile and a quarter after today. She might go to the French Oaks.”

It was a milestone 10th Irish 1,000 Guineas triumph for O’Brien, but you can bet that he won’t be resting on his laurels, and will be targeting plenty more big wins throughout the rest of the flat season. With Royal Ascot to come in June, and a plethora of other big races during the summer, he’ll have his eyes firmly fixed on the prize, and will be much fancied in the horse racing tips from Betdaq.

A one-two in an important race like the Irish 1,000 Guineas is the kind of standard O’Brien sets for himself, and that’s why he is the most successful flat racing trainer of recent years. He earned victory in the British 1,000 Guineas in early May thanks to the efforts of Mother Earth and legendary jockey Frankie Dettori. With three more Classics still to play for, O’Brien will be aiming to scoop some more victories — it’s simply what he expects of his horses.

But for jockey Heffernan, who rode Empress Josephine so expertly to win at the Curragh, the high-profile wins don’t quite come along so often. It took a lot of effort and nous to streak away from Joan Of Arc at the last, though the jockey was quick to express his relief at not getting caught by Empress Josephine’s stablemate.

“I thought I had got there. I had a winning partner and should have won well but I was a lucky winner,” Heffernan said. “Irish racing is always tactical. If you don’t have a horse that can jump and travel in the first four you are on the back foot. Irish racing is getting more like French racing, and it’s been like that for a while. I’m delighted to be on this one, she is very well bred. She did a good job. I’m as hungry as ever.”

With jockey and trainer producing top form to get the job done, it would be no surprise to see more wins come their way in the near future.