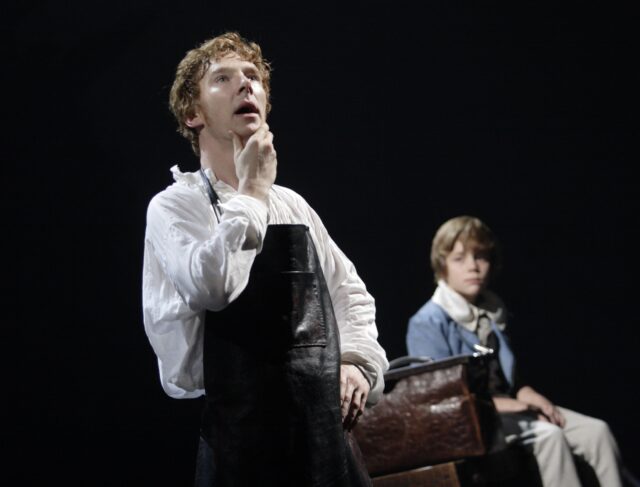 The productions include the National Theatre’s Frankenstein, directed by Academy Award winner Danny Boyle and written by Nick Dear, in which joint Olivier Award winners Benedict Cumberbatch and Jonny Lee Miller alternate the roles of the creature and Victor Frankenstein; the stage production of Fleabag written and performed by Phoebe Waller-Bridge and filmed at Wyndham’s Theatre in the West End, and Hamlet with Benedict Cumberbatch, directed by Lyndsey Turner filmed at the Barbican in 2015. In addition, Prime members will be able to watch Ian McKellen On Stage, in which Ian McKellen performs extracts from some of his most iconic performances as part of his 80th birthday celebration, available for fans to watch at home for the first time.

“The National Theatre have brought us some of the most memorable theatrical productions of the past decade, and we are delighted to give our customers across the UK and Ireland an opportunity to experience them,” comments Martin Backlund, Head of Content, UK, Ireland and Nordics at Prime Video. “The cream of UK acting talent so often started their career in theatre, and we want to shine a light on the incredible heritage we have here.”

Lisa Burger, Executive Director and Joint Chief Executive of the National Theatre, says: “Over 12 years of broadcasting British theatre into cinemas with NT Live, we have built up an incredible array of filmed productions. It is with enormous pride that we announce this new collaboration with Amazon to share four productions for audiences to enjoy across the UK and Ireland on Prime Video. As theatre-makers continue to be impacted by the pandemic, this will also enable us to further support the artists behind the work. Audiences will have the best seat in the house for some of the most popular British productions of the last decade.”

Prime Video has provided access to live theatre and comedy previously including more than 30 stand-up specials from comedians like Nish Kumar, Dane Baptiste and Jen Brister as part of Soho Theatre Live, which launched exclusively on Prime Video in December 2020.

Amazon recognises the importance of a thriving theatre industry to the continued health of the film, television and creative industries and in August 2020, Prime Video and Amazon Studios donated £500,000 to the Theatre Community Fund, launched by Olivia Colman, Phoebe Waller-Bridge and Francesca Moody to provide hardship grants to theatre workers and freelancers across the UK, as well as a £1 million donation in the UK to the Film and TV Charity’s COVID-19 Response to kick-start a new grants scheme to help the industry recover from the pandemic.

Prime members will be able to watch the National Theatre series anywhere and anytime on the Prime Video app for smart TVs, mobile devices, Fire TV, Fire TV stick, Fire tablets, games consoles, on Virgin’s V6 TV Box, the Talk Talk TV set top box, Apple TV, Chromecast, BT TV or online at www.amazon.co.uk/primevideo. Prime Video is available in the UK and Ireland at no extra cost to a Prime membership for just £7.99 a month or £79 per year. New customers can find out more at amazon.co.uk/prime and subscribe to a free 30-day trial.