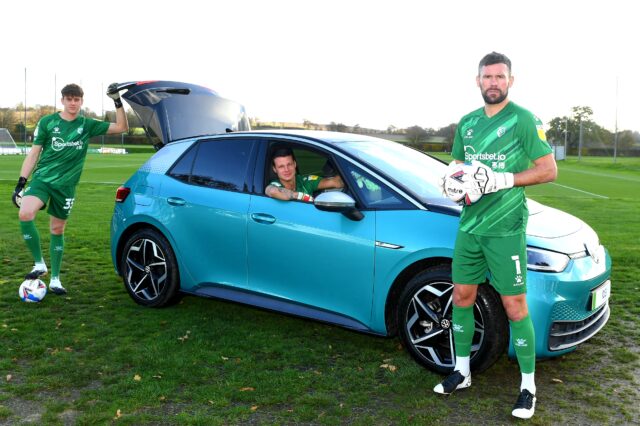 Thousands of nails have also strewn over the tarmac making it impossible for vehicles to enter the site without risking a puncture.

Police are now investigating the damage on the the vacant site adjoining Station Hill and the owners are installing CCTV in an attempt to to prevent further damage.

Last week Epping Forest Council threatened to take enforcement action over the sudden arrival of the containers, but the owners of the land have now applied for retrospective planning permission .

The controversial site, which sits on the Old Foresters Sports Ground, was once earmarked as a golf club, then run as a school for children with learning difficulties. The owners gave permission to the charity to store tins of food, clothes and non perishable items as they are in desperate need of more storage.

But local feeling has been running high and mysterious bollards appeared in the road in an attempt to block access and the road was mysteriously fly tipped.

A spokesman for the owners said:” Enough is enough, people are trespassing on the land and committing wanton acts of vandalism costing hundreds of pounds. We will not tolerate this any more and any further actions will be recorded on CCTV and given to the police.

“All we are attempting to do is temporarily donate some storage space to a charity, helping the needy with food supplies and clothing.

“We have now applied for planning permission and hope the council will look favourably on our application.”

Pesh Kapasiawala, the founder of 3Food4U has appealed to the Epping Forest District Council to allow the community project to store food on the site.

He said:”We already have five centres distributing essential food and clothes for people in need but we really need extra storage space.

“We are already helping around 1,000 people a week from our hubs in Loughton, Chigwell Row, Waltham Abbey and Ongar five days a week . Some of these people come from Theydon Bois.

“These two containers are really key for us to continue to help people on this scale. We have approached the council and asked is there any storage facilities we can have but they say they haven’t got any.

“This land is not being used for anything and if we cant use it, we will have to start turning away donations which we really do not want to do.”

Previous plans to turn part of the site, which was once the Old Foresters Sports Ground, into a car park for the station have been blocked in the past. During the Olympics it was used as a temporary camp site for overseas visitors and tourists. Three years ago there was a legal row after a proposal was ditched following a proposal to build 160 homes on the site as part of the local plan.

Now discussions with the council have been held considering the possibility that the area, which covers about 15 acres and an adjoining plot could be used to plant 100,000 trees for carbon offsetting and biodiversity to help the councils net zero targets.