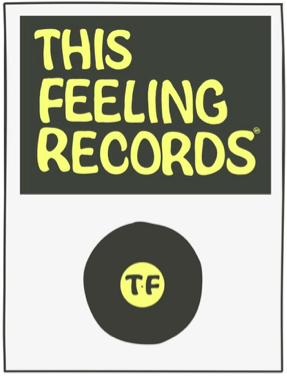 Fans relish This Feeling’s rare skill for being able to showcase the best new bands first in intimate club settings. They’re held in similarly high regard by the musicians too, with many crediting This Feeling as playing a vital part in their development. Blossoms, Catfish and the Bottlemen, Gerry Cinnamon and Black Honey are among the high profile artists who have played the club night en route to making a major breakthrough. That reputation has been amplified by a number of influential faces attending This Feeling events, including Liam Gallagher, Arctic Monkeys and Paul Weller.

This Feeling’s influence continues to expand with the news that they will launch the new label This Feeling Records, in partnership with ADA (part of Warner Music Group). Inspired by the likes of Creation Records, Rough Trade and Fierce Panda, This Feeling Records will shine new light on the UK’s next wave of vital guitar bands. The label aims to help new talent gain vital early exposure, adding single and album releases to their existing platform of tours, club nights and festival programming.

This Feeling Records will be headed by Mikey Jonns, who has also secured early radio and TV exposure for countless high profile bands through his connections at Radio X and Soccer AM. He’ll be joined by Katie Gwyther of Fear PR, who is renowned for her campaigns for the likes of Liam Gallagher, Richard Ashcroft, DMA’S, Gary Numan, Pixies and more.

Mikey Jonns and Katie Gwyther commented: “There are a lot of brilliant new bands struggling for exposure, and This Feeling has always been about providing a platform for emerging young talent. We’re excited to be able to go a step further with This Feeling Records to offer acts a label with integrity and passion. The last year was disastrous for the music and arts industry and so we’re aiming to be a lifeline for new talent to be able to prosper.”