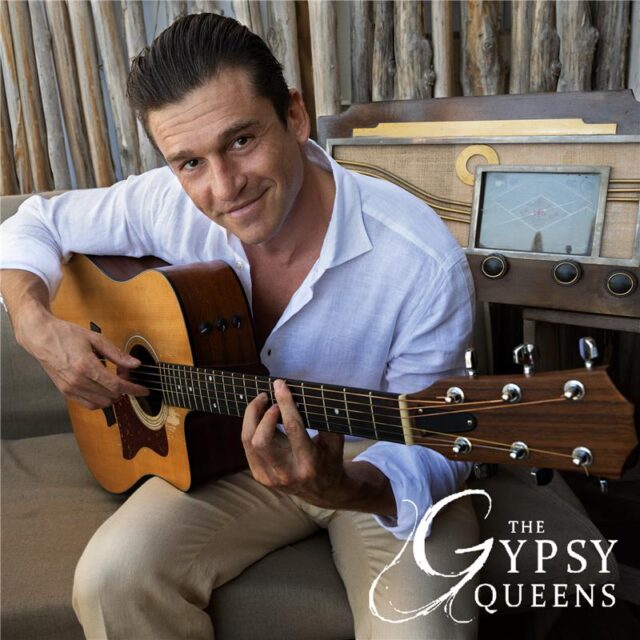 Over five years since their last release, the hugely successful Gypsy Queens are back with a brand new single, a new version of ‘I’m Into Something Good’ featuring vocals from Peter Noone, the singer of Herman’s Hermit 1965 original.

“This has always been a favourite song of mine, one we’ve been covering since we first started busking over 20 years ago” says Gypsy Queen’s frontman Didier Casnati. “We’ve always wanted to record it and when recently introduced to Peter, the star’s aligned and we thought that right now, we could all do with ‘Something Good’.”

The single was recorded at Village Studios in LA, produced by multi-Grammy winning Larry Klein (who also produced The Gypsy Queen’s first album). With Peter on vocals and the signature feel good sound of the Gypsy Queens, they’ve reprised a 60s classic and given it a fresh feel for 2021. ‘I’m Into Something Good’ is the first single from an upcoming new album, which will feature lots more special guests – details coming soon.

The story of the Gypsy Queens dizzying rise is a remarkable one. With Didier Casnati at the helm, the group have gone from busking the streets of Nice to becoming one of the most in demand live bands in the world. Drawing from a huge repertoire of classic songs (California Dreaming, Volare, Satisfaction, Unforgettable, Tutti Frutti) they normally perform over two hundred shows a year all across the world – the majority of which are at ultra-exclusive private parties frequented by some of the richest and most famous people on the planet.

“We don’t advertise what we do, and that is precisely why heads of states (51 of them) has hired us to play at their parties; we do it, and don’t talk about it very often, our publicity is minimal, that is one of the qualities of the band”

“We work the crowd so hard because we always want more. That’s why with The Gypsy Queens there is always one more song, one more joke, one more performance.”

It was playing at a private party with U2’s Bono where they were first spotted by a label, with who they would release their debut album – ‘The Gypsy Queens’ in 2012. Produced by the aforementioned Larry Klein, who has worked with Joni Mitchell, Tracy Chapman, Brian Adams, Herbie Hancock and Melody Gardot, the album had guest appearances from an array of talent including Madeleine Peyroux, Booker T (of Booker T and the MG’s), “America” and Graham Nash (of Crosby, Stills, Young & Nash). The Album entered the UK Charts at # 46, and # 1 on Amazon.

They released their second album “Lost in the Music” in 2014, and in 2016, their single “Losing Myself In The Music” won the Akademia Award for best Pop/RnB song of the year, this same year saw the Gypsy Queens awarded “La Estrella de Oro”, a Spanish distinction for professional excellence.

With COVID-19 hitting in 2020, like most musicians, their entire touring schedule was cancelled, but this finally gave them the time to start working on their long awaited third album. Collaborating with various different artists the new album promises to be their biggest yet. Stay tuned for more details.