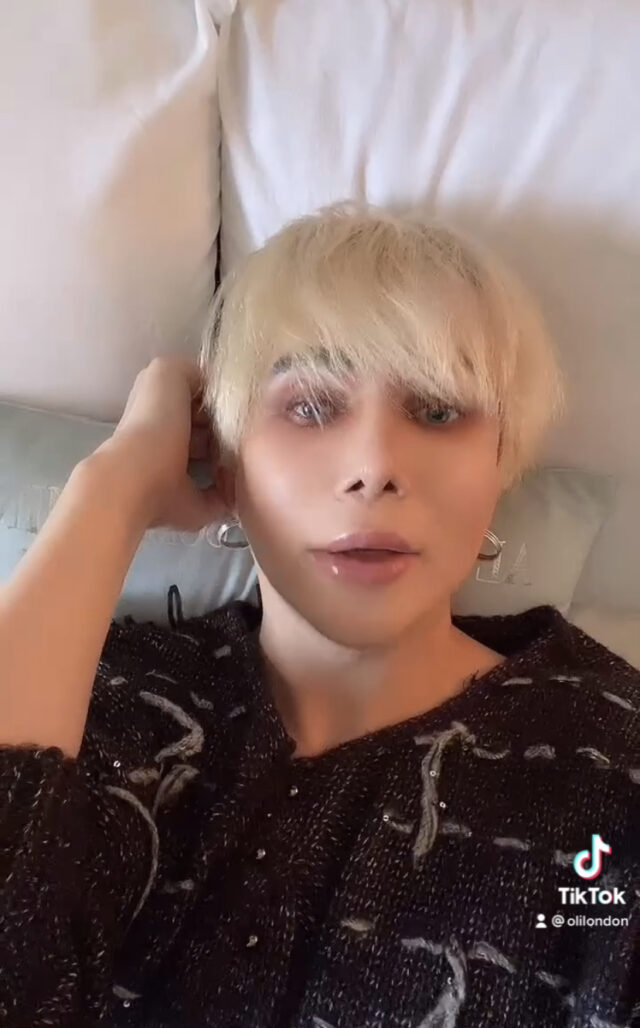 Tiktok sensation, Larray, one of Tiktoks biggest and most followed stars, with a staggering 22 million followers, last night tweeted a photo taken from famous gamer and Twitch star GeorgeNotFounds MineCraft livestream which featured a hilarious photo of a plastic surgery altered face.

Twitter users went into a frenzy in response, trending ‘Blonde George’ in the USA along with the accompanying trend ‘Oli London’ after users joked that the image looked more like E! Botched star Oli London than George.

The joke started when Larray posted the screen grab of Oli London who famously had 15 plastic surgery procedures to resemble kpop singer Jimin of BTS. Users were quick to start a fierce debate on the social media platform with many saying the image was definitely not GeorgeNotFound and was 100% Oli. 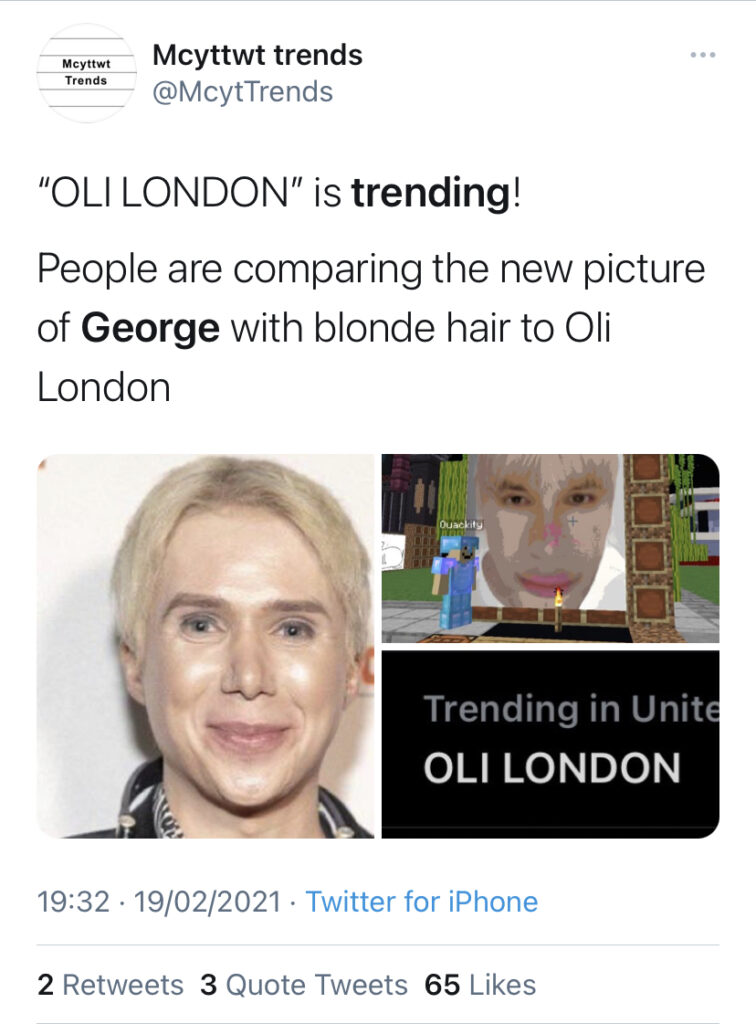 24 year old George has quickly risen to prominence in the last year across social media with an incredible 6.1 million subscribers and is beloved by fans who watch his mine-craft live streaming videos. He has become a regular trending topic on Twitter with many fans enjoying his comical and engaging gaming videos.

In response to the Twitter trends, TV personality Oli London quickly jumped on the trend to deny it was him in the photos saying “I am not blonde George” and “I want to clear things up. It’s definitely not me in the photo”.