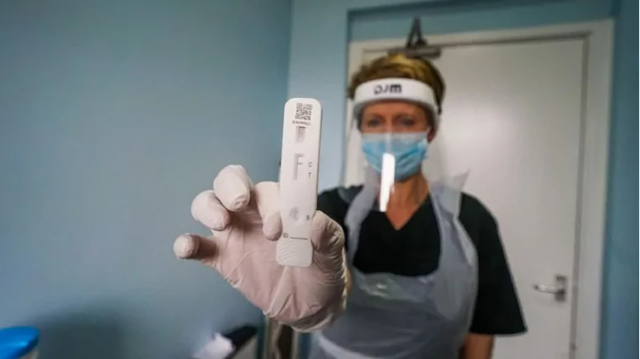 Innova Medical Group has confirmed the company’s SARS-CoV-2 Antigen Test kits can successfully detect the several mutated Covid strains which have become more widespread around the world in recent weeks.

“As these dangerous strains show signs of increased transmissibility across communities, the global effort to eliminate COVID-19 requires frequent, comprehensive and equitable testing to detect these emerging strains,” said Daniel Elliott, President and CEO of Innova Medical Group. “We’re proud to supply our partners around the world with cost-effective, readily available tests which can successfully detect and track the spread of multiple strains of the virus and ultimately play a major role in assisting the global health community in stamping out this pandemic.”

Numerous scientific studies have shown rapid antigen tests as an important tool for identifying infectious people quickly and accurately, even when they may not have symptoms of COVID-19, in ways that simply are not possible with slower, more expensive, lab-based tests. While the virus continues to morph its genetic ribonucleic acid (“RNA”) to generate new and potentially more contagious variants, Innova’s antigen test, which instead looks for multiple proteins in the virus, can often be a more effective tool in detecting new variants.

In recent weeks, leading scientists and health authorities in the US, UK, and several other nations have warned the mutated strains of the SARS-CoV-2 virus first discovered in the UK, South Africa, and Brazil appear to be more contagious than the original strains that emerged at the beginning of 2020. The increased prominence of these variants has highlighted the global need for an increased availability of cost-effective, rapid-result tests capable of detecting these strains.

The Innova test does just that and Innova can presently produce more than 10-million of them every single day. In addition, the company is actively hiring and staffing as it launches its ambitious initiative to produce an estimated 50 million antigen test kits per day by Spring of 2021.