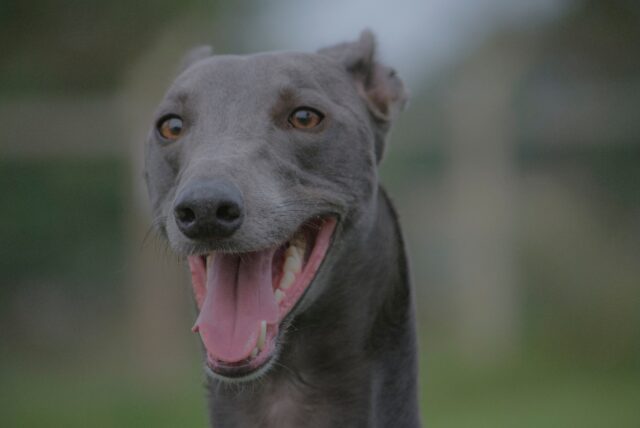 Greyhounds are the fastest dogs in the world, and there’s often a debate over who would win a race between a greyhound and a thorough-bred. Fans of greyhound racing will be more than familiar of the legendary story of Shakey Jakey. Not only did he record impressive speeds of 41.8mph to win his race, but he won it by 22 lengths to stun the crowd at Wentworth Park in Australia. Sadly, fans were unable to witness further feats, as the dog was retired to stud, with just one race and one win under his belt. Let’s take a look back through the archives at some other names who could also lay claim to being the fastest dogs in the world.

Kicking off with one of the most revered dogs in the business, Ballyregan Bob was a brindle, trained by George Curtis. He went on to become world famous for breaking the record for the most consecutive wins – 32 in total – and was always the favourite on betting exchange sites. But over the course of 1985-86, he broke plenty of track records, including Walthamstow, Hove, Wembley and Powderhall. He claimed the Olympic at Brighton, the Test at Walthamstow and the Essex Vase at Romford during his first year. And in 1986, he broke the world record for most successive victories at Brighton, when he won the Racing Post Challenge. A worthy contender.

Known as ‘King of the Sprinters’, Ravage Again was famously oh-so close to ending Ballyregan Bob’s reign as world champion. He started his career in Ireland, before moving over to the UK, which is when he caught the attention of the public – becoming a favourite with both causal bettors and dogs’ enthusiasts. As we mentioned, Ballyregan Bob’s record was quite something – and never likely to be surpassed. Ravage Again won his 29th successive race at Sunderland in January 1991, but sadly, later that month, his record attempt was over. After stumbling out of the boxes at Powderhall, he got into some trouble and couldn’t keep up with the eventual winner Base Rate. He was then retired.

There were high expectations around Tims Crow, after all, his sire, Lenson Lad was a very fast greyhound, whofamously raced in the 1994 Arc Final at Wimbledon. He was also the brother of Some Picture, who won both the English and Scottish Derby, and was runner-up in the Irish equivalent. In 2003, Tims Crow won the Golden Sprint at Romford, recording a time of 24.29 seconds and it proved to be a successful year as the dog went on to win the Peterborough Derby, before being named ‘Greyhound of the Year’. He broke many track records during his racing career, so is well worth his place on our list.

The first of two entries for exceptional trainer, Nick Savva. A two-time winner of the English Greyhound Derby, in 2005 and 2006, the black had a remarkable unbeaten record. Westmead Hawk often started races slowly, but left the best until last with a sudden burst of pace – almost from nowhere – to snatch victory. In the 2006 edition of the race, Westmead Hawk came through five qualifying rounds, before opting for the same game plan as the previous year – hanging back behind the leaders, it wasn’t until the final few legs that he suddenly turned it on. Sadly, there was no hat-trick of Derby wins, as much as Lord David Lipsey, Chairman of the British Greyhound Racing Board wanted it. The dog broke his hock while racing at Hall Green and had to be retired to stud.

Westmead Lord handed trainer Savva a memorable treble in 2007. He was a half-brother to Westmead Hawk, and so, there were plenty of similarities between the two – including pace and success on the track. After those two successive trainer victories in the English Derby, Westmead Lord added a third. After failing to win a single race in the heats, he was handed a price of 6/1 and did the business when it really mattered – winning a £100,000 cheque in the process. His winning time of 28.47 seconds was quicker than the 2005 effort of Westmead Hawk, too!