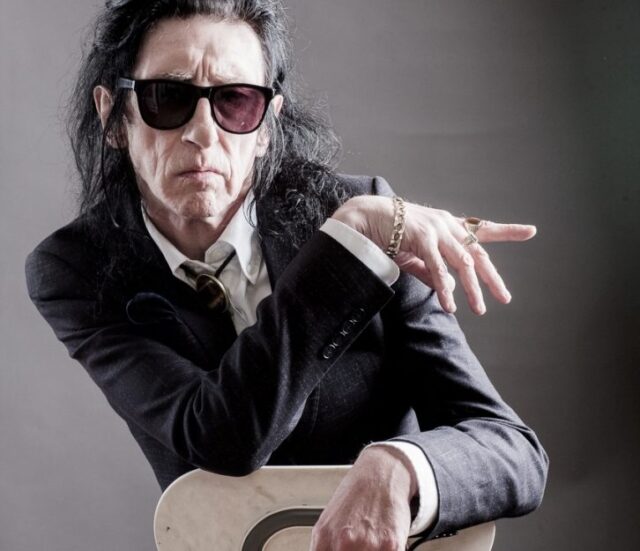 In celebration of his long-awaited new autobiography ‘I Wanna Be Yours’, the original ‘people’s poet’ Dr. John Cooper Clarke has announced a very special UK tour for May/June 2021.

John Cooper Clarke, also known as the Bard of Salford, is a phenomenon: Poet Laureate of Punk, rock star, fashion icon, TV and radio presenter, social and cultural commentator – he’s one of Britain’s most beloved and influential writers and performers.

John’s upcoming memoir will be released in the UK on 15th October by Picador. The book will explore his extraordinary life, filled with remarkable personalities: from Nico to Chuck Berry; Bernard Manning to Linton Kwesi Johnson; Elvis Costello to Gregory Corso; Mark E. Smith to Gil Scott Heron and Joe Strummer and on to more recent fans and collaborators like Alex Turner, Plan B and Guy Garvey. Interspersed with stories of his rock and roll and performing career, John also reveals his mind-boggling encyclopaedic take on popular culture over the centuries: from Baudelaire and Edgar Allan Poe, to Pop Art, pop music, the movies, fashion, football and show business – with more than a few laughs along the way.

The new book follows on from John’s poetry collection, The Luckiest Guy Alive, published in Autumn 2018, one of the best-selling poetry collections of last year selling over 25,000 copies in three months.

John’s new show is a breath-taking showcase of poetry and spoken work, sharing stories from his incredible life and hugely successful career. JCC will take you on an incredible journey with pieces from the new book as well as his usual musings, off the wall chat, riffs, gags and wicked humour.