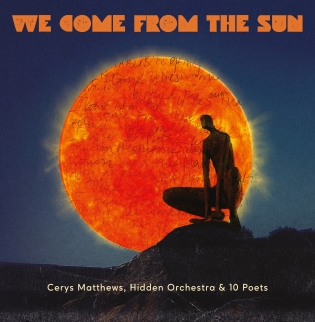 In February 2020 Abbey Road studios welcomed each of the 10 poets to record pieces from their collections. Then lock down hit….

But remotely and with the additional help of field recordists and musicians around the world, Cerys and Joe Acheson (Hidden Orchestra) created a sound journey for these poems with the theme of: Genesis: Birth, heritage, a journey about to begin.

Cerys says; “I’ve always been in awe of the power of a great turn of phrase; in poems, songs and prose. There are some exceptional poems being added to the world right now.

So I invited poets whose work I admired and had championed for years to join me in this project. I selected poems which worked across and with each other to become a journey, an aural adventure.

I’m hoping it’ll be the first in a series of ‘poem song’ albums on Decca, with life on earth as inspiration. As simple and complex as that.

The theme for this then, as the first, had to begin at the beginning: Genesis”.