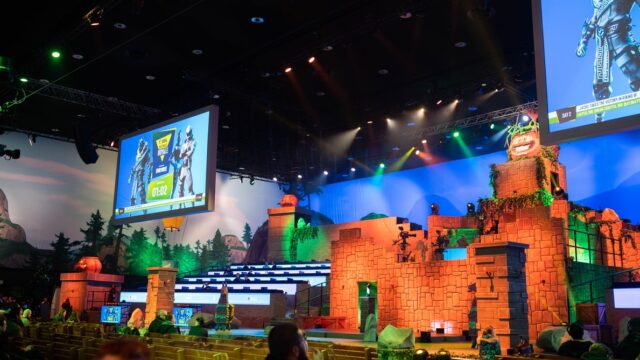 Esports have become a global phenomenon in recent years. While playing video games at a competitive level would have seemed like an odd concept a decade ago, today it’s become a huge industry worth around £1 billion.

Major international video game developers and publishers are cashing in on the skyrocketing demand for esports, with names like Electronic Arts, Blizzard Activision, and Codemasters all investing in their own competitions. Online poker has also become a popular esport after long-standing tournaments like the World Series of Poker began allowing online qualification.

Other big brands are investing heavily too, with companies like Intel, Red Bull, Dell, and Acer putting up enormous sums to sponsor major tournaments and leagues.

Although esports are typically international competitions, you can still find them close to home. Here in Essex, esports competitions, teams, and events are commonplace.

For example, Escape Reality in Chelmsford is a company that has created a social gaming environment, complete with high-end gaming computers and consoles for individuals or teams to take advantage of. The company hosts open gaming sessions and allows private hire events. Elite Gamer in Southend also offers similar services.

At the University of Essex, students can study a BSc in “Computer Games” and join the esports society where they can take part in competitions for League of Legends, Dota 2, CounterStrike: Global-Offensive, and other games.

Changing the Perception of Gaming

Until esports became a mainstream concept, video gaming appeared as just a hobby or another form of entertainment, similar to watching TV. Despite the many cognitive and social benefits that can come from playing video games, they often got a bad rap.

For example, the Pew Research Center surveyed adults about their opinions of video games. 26% believed that “most games are a waste of time” and a further 33% felt that at least some were a waste of time.

Additional research, published by Texas State University in 2010, cited a common stereotype of a lonely gamer, but added that it was not based on reality, particularly since online gaming requires social interaction and many people play with friends.

The most successful esports players receive large six and seven-figure cash prizes when they win or place highly in tournaments. For example, in 2019, $219 million (£166 million) was awarded to players of Dota 2 and Fortnite players earned $84.4 million (£64 million).

With around 400 million people watching esports games each year, these players have picked up large groups of followers and fans, turning them into celebrities. Popular players include MATUMBAMAN, Faker, Xyp9x, and Uzi.

Other gamers have taken to YouTube and Twitch to broadcast their gaming sessions live. In doing so, attracting millions of followers and earning large sponsorship deals with gaming brands.

Gaming as a Career

In the past, if you wanted to make money from video games, you needed to create them, publish them, sell them, or write about them. While the job market for these roles has been growing in recent years, the growth of esports has created alternative career paths.

According to Esports Insider, the number of job opportunities within esports increased by 185% in the first half of 2019 compared to the same period in 2018.

Traditional sports and esports are also beginning to work together, creating more opportunities for players. For example, the GT Academy is an esports event that allows players of Gran Turismo to earn a place in a real-world race team.

Poker is another brilliant case study for esports and its convergence with traditional sports. In recent years, a symbiotic relationship has developed between the digital and in-person versions of the game, far more than any other sport.

This is likely because the skills required to play online poker are directly transferrable to Texas Holdem or Omaha hi-lo in real life, while this is not so much the case with more physical sports.

For players, this means that they can take part in online poker tournaments to practice and qualify for live events, or they can stick to the esports version if they prefer. Whichever route they take, some elite players make a living from the game.

Video gaming has always been strongest in North America, Europe, and parts of Asia. While these regions remain active today, esports is helping to develop and grow existing markets.

For example, the Indian video game market has grown significantly in recent years. This has, in part, came from investments by esports companies who have been looking to use their events to promote their products to gamers in the country.

The appeal of the market is easy to see since the number of people that play video games in India is greater than the populations of the EU and the USA.

One of these companies is Acer, which has been holding some events for its Acer Predator Gaming League in the country in recent years. The exposure the brand gains from this has helped it to become the bestselling PC gaming brand in India.

Other brands, such as Red Bull and OnePlus, who also host esports events in the country, also have large market shares in their respective fields.

Here in Essex, across the UK and around the world, esports are influencing the way we perceive and consume video games. Esports are helping to professionalise video game playing in the same way that physical sports were in the 20th century.

As we can see from online poker and the GT Academy, there is a blurring of the lines between esports and traditional sports, showing that video games can create a path into other careers.

They’re also being used as marketing tools to sell more video games, both in established and developing video game markets.