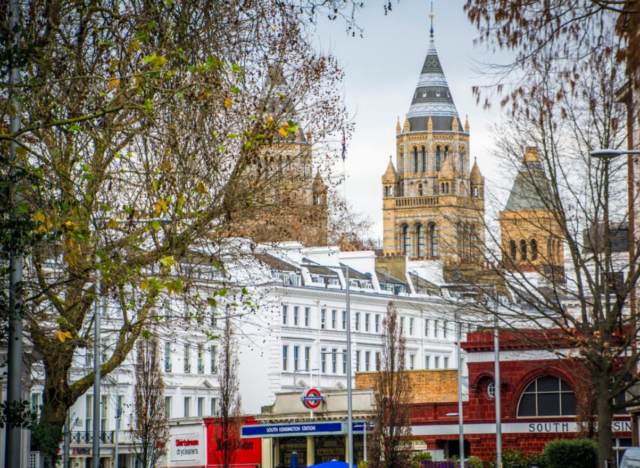 A planning application from Transport for London (TfL) and its development partner Native Land (NL) has been submitted for its ‘Around Station Development’ at South Kensington, but local residents and businesses are united in their opposition to the redevelopment scheme. They are urging TfL to improve South Kensington, not destroy its unique village-like atmosphere by overdeveloping the area and believe ‘South Kensington Deserves Better’.

Former mayoral candidate Rory Stewart, who was raised in one of the streets near the station, says “I think this is a terrible example of development. We should be working much more closely with communities and respecting the surrounding built environment, and the heritage and context of the area. A community-led approach would deliver more affordable housing, more quickly, without having a negative impact on the surrounding area.”

Julian Lloyd Webber who is the President of the nearby Onslow Neighbourhood Association says “TfL’s appalling proposals for the redevelopment of the South Kensington Station fly in the face of everything that was previously promised and, if passed, would result in yet another bland, commercial development which would destroy South Kensington’s unique character forever.”

Local businesses and residents are angry and argue that the proposed development is too intensive and is on too large a scale. This is RBKC’s oldest conservation area, and the new buildings would overshadow the original 1868 Grade 2 listed tube station and the other Grade 2 and Grade 2* listed buildings in the area. The new buildings will also block the protected views of the national museums. At present the station and the buildings in the neighbourhood are of a relatively low scale, giving the area a light-filled village-like atmosphere, with stunning views of the museums, which are beloved by London’s visitors and residents alike.

The construction of these new, tall, bland buildings, residents argue, will give the area a more impersonal and anonymous feel, and the buildings are out of keeping with the neighbourhood and are of a style that completely ignores the local heritage. Also by constructing such tall buildings on Pelham Street an urban canyon will be formed causing pollution levels on this narrow street to increase by 10%.

Local businesses and residents know the station needs renovating to reduce overcrowding in the ticket hall and to provide step-free access to the Circle and District Lines, but point out that delivering step-free access is independent of this proposed commercial development. They argue that the cost to provide step free access could be met without the area needing to be subjected to over development on this scale from which TfL and the majority partner for this development, Qatari-backed Native Land, are set to profit.

Unique independent businesses along Thurloe Street will be adversely affected by the development. Café Daquise, which has been on Thurloe Street since 1947 and has had many notable diners including Christine Keeler, and The Medici Gallery, which won the award for Best Independent Card Retailer in Central London, are being made homeless during the two and a half year construction period and may struggle to pay the rents once the construction has been completed. Apart from the façade, the buildings on Thurloe Street are being destroyed and the new ones which are being built are being designed so that they can link together at both ground floor and basement levels to create larger units, perhaps heralding the arrival of more chain stores in the area in the future.

Residents argue that as people emerge from the tube station on the way to well-known, iconic buildings which include the Victoria & Albert, the Natural History and the Science Museums; the Royal Albert Hall, Kensington Palace and the Albert Memorial; Imperial College, the Royal Colleges of Art and Music, and the Royal Geographical Society; they should be welcomed by well-designed and thought-through buildings which are not overly tall.

South Kensington deserves a better scheme with buildings which we can all be proud of in the centuries to come.