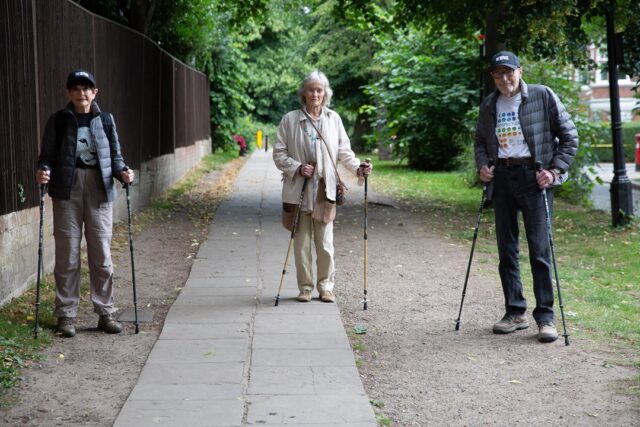 Monday, July 6th, saw the last day of a two-month bid during the lockdown, by couple Angela and Martin Humphery, combined age 180, to walk 3km each day to raise money for the international wildlife charity Born Free. Through their daily walks, dubbed ‘going bats for wildlife’, the dedicated couple have already raised over £22,500 including a generous donation from corporate financiers, Prospect Capital. They hope that with a last push they will be able to raise at least £30,000.

The money raised is going to support Born Free’s campaign to end the trade in wild animals. Born Free has globally campaigned for the closure of wildlife markets due to their clear link with the COVID19 Pandemic, and is lobbying the World Health Organization (WHO) to close these markets for good.

The past 60 days have seen the couple walk a total of 180km – that’s approximately 240,000 steps! During their mission, Angela and Martin have received support and encouragement from animal lovers and friends such as Miranda Hart, Gaby Roslin, and Ricky Gervais, who took time to meet with them and broadcast a special message of support on social media to his many followers.

For the final day, Angela and Martin will be joined by charity founders, Virginia McKenna OBE, and son Will Travers OBE, as well as other supporters including 10-year-old actor, Hector Bateman-Harden, a passionate wildlife supporter who is keen to encourage other youngsters to learn more about the threats to our wildlife and give their support.

Virginia McKenna OBE, famed for her role as Joy Adamson, alongside her late husband Bill Travers in the 1966 film Born Free, later founded the Born Free charity with Bill and their eldest son Will in 1984.

Strict social distancing measures will be observed at all times and throughout the duration of the walk.

For more information or to make a donation, please visit Angela and Martin’s fundraising page https://www.justgiving.com/fundraising/goingbats