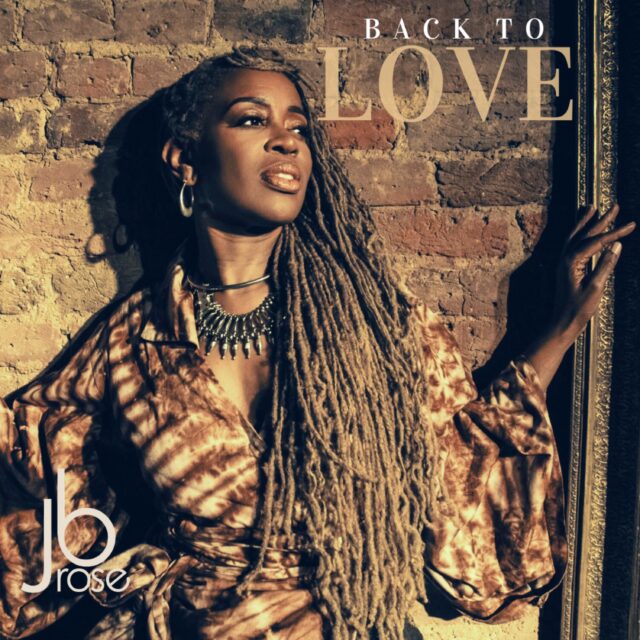 “Back To Love” has been created in collaboration with well-respected producer and remixer Neville ‘2b3’ Thomas (Bobby Brown, Erykah Badu, Beverly Knight) and takes it back to ’80s old skool soul.

With its lyrics “Another life been taken can’t pretend…”, the song was written when she lost her cousin in a senseless knife attack and in her own words is released to “really encourage people to ‘be our brother’s keeper’ and love one another.”

To accompany the single, JB Rose has created a video in the lockdown, that uses footage from her home and a photo shoot from earlier this year. It showcases her characteristic sweet soulful vocals, continuing the uplifting theme to bring hope back in these challenging times.

JB Rose explains “I wrote ‘Back To Love’ to be thought provoking, but also raise people’s spirits at a time where there seems to be little hope. The song was originally written last September just after the murder of my little cousin Andre Bent, at a point where I was feeling very disheartened by the amount of deaths on the streets. It feels right to release the song now, at this time when it seems so relevant for what’s going on. It speaks to people’s true nature, encouraging everyone to lean on one another and remember that we have each other, we have love.”

JB Rose is no stranger to the music industry and was originally signed to RCA/Sony Music as Maximum Style, with 4Hero’s Marc Mac and Dego. With Maximum Style, JB released a seminal jazzy drum n bass album and several tracks ‘Waste Of Time’, ‘Admit To Love’ and ‘Wake Up’ that caught fire on the underground scene in the UK, US, Europe and Japan. She has also recorded with Bugz In The Attic and Swayzak, and sung backing vocals for Coolio, Omar and supported Chaka Khan.

More recently, JB is enjoying much affection for her YouTube vlogs as JB Rose Singing Vegan Mum, where she bakes and cooks inspiring vegan food and opens up her busy family life for all to enjoy.

JB Rose adds “I’m a singer, a vegan and a mum of two young boys. I’m passionate about self-care, health and wellbeing and my YouTube channel has been a home for all of my recipes, sugar free challenges and shown my journey as a singer. My mother had diabetes and passed away in 2019, it was slow and painful and I’ve made it my purpose to share what I know about food and nutrition and mix it up with my sense of fun and positivity, to share with my family and community to help make a difference.”

JB co-wrote ‘Back To Love’ with Neville Thomas and Chante Berry-Gordon and is currently writing and recording a batch of new songs with some hot names in the business, as well as pulling from some older gems that she has stashed away, to release later in the year.