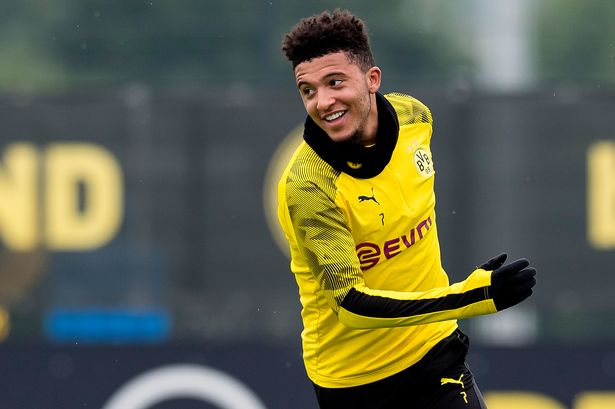 While the German Bundesliga is firmly established as one of the best leagues in the world, the lure of playing in the Premier League – and especially in London – can prove very hard to resist.

Countless players in the past have moved to the likes of Chelsea, Arsenal and Tottenham from abroad citing that very reason, and so no matter of their woes on the pitch that trio of capital city heavyweights will always be able to attract a higher calibre of star.

There will be a feverish desire to spend money in this transfer window, you suspect. Jadon Sancho and Kai Havertz have been two of the most bet upon players in the transfer betting markets, and they kick off our look at five names who could depart Germany and head for London in the near future.

If you use the betting market as your guide, the odds suggest that Jadon Sancho will be joining Manchester United in the summer. But there is enough evidence to suggest that a move to Chelsea may not be out of the question either.

Born in London, the 20-year-old is known to have supported the Blues as a child, and he remains good friends with their winger Callum Hudson-Odoi to this day. Chelsea have shown real ambition bringing in Hakim Ziyech and Timo Werner already, and Sancho would be a particularly appetising cherry on the cake.

Will he leave Borussia Dortmund? It seems likely, as the odds on the German Bundesliga show that their title challenge is already over, and Bayern Munich are likely to dominate football there for the foreseeable future.

If Sancho wants to win things, a move to Chelsea – rather than Manchester United – might be his smartest move.

Scouts of all the continent’s leading clubs currently circle over Kai Havertz. According to some reports the Blues lead the hunt for the 21-year-old starlet, who has been a revelation for Bayer Leverkusen.

A third or fourth place finish is the best that Leverkusen can hope for on an annual basis, and so Havertz will need to leave in order to achieve his ambitions. But could the German ace be heading to London?

Frank Lampard has made no secret of the fact that he would love to sign a top-class left-back to replace the fumbling Marcos Alonso. He’s been linked with Leicester’s Ben Chilwell, but over in Germany there is a thoroughly modern full back who would love a move to England.

Raphael Guerreiro has been directly involved in over 10 goals from the left-back position, and he brings exactly the kind of attacking vitality Lampard is looking for in his revolution at Stamford Bridge.

Meanwhile at Arsenal, there is a serious need to sign an attacking force to take some of the goalscoring pressure away from Pierre-Emerick Aubameyang.

Marcus Thuram is a name that has been linked summarily with the Gunners, and with good reason – the 22-year-old has scored ten goals and assisted eight more in a stellar campaign for Borussia M’gladbach. Able to play off the left or through the middle, Thuram offers the pace and guile that Mikel Arteta so desperately needs.

And finally it’s off to Tottenham, where a decidedly below-par 2019/20 campaign has laid bare their woes…particularly in midfield.

Mousa Sissoko, Harry Winks and Eric Dier have proven largely incapable of developing consistent quality in the middle of the park, and Jose Mourinho will surely be eyeing at least one reinforcement.

Suat Serdar has shone in his breakthrough season for Schalke, and the most impressive aspect of his game is that he can take on any midfield role – from defensive enforcer to energetic box-to-box type to a more advanced creator.

It’s possible that Serdar – as well as the other four on this list – could be taking up residence in London soon.