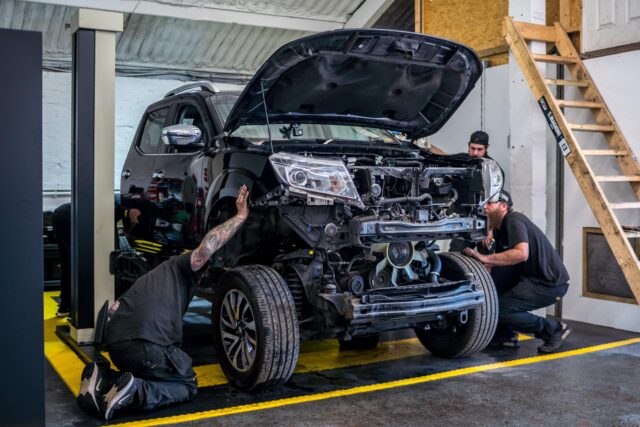 This is the world’s first 1000hp pick-up truck. This is no easy feat of engineering and technology. Putting a supercar engine into a standard pick-up truck, is putting a whole new take on what’s possible and quite literally mating the two together.

European Drift Champion, Steve ‘Baggsy’ Biagioni would normally be attending motorsport events showcasing his Nissan GT-R supercar and his drifting skills. Lockdown has put an end to events, so to keep him busy, so he and his Southend based company SB Motorsport have decided to build a world’s first.

The fastest, most powerful pick-up truck on the planet, using his 1000hp GT-R engine.

For many years ‘Baggsy’ has been at the forefront of the motorsport world, as a headline Drift driver at the Goodwood Festival of Speed and multiple British and European Drift Champion, this new challenge is being widely talked about in the global motorsport industry and is building up a huge buzz of excitement.

The VR38 twin-turbo GTR engine will replace the standard diesel option for a performance punching engine package from the infamous GTR sports car cultivating a pick-up with over 1000hp on tap.