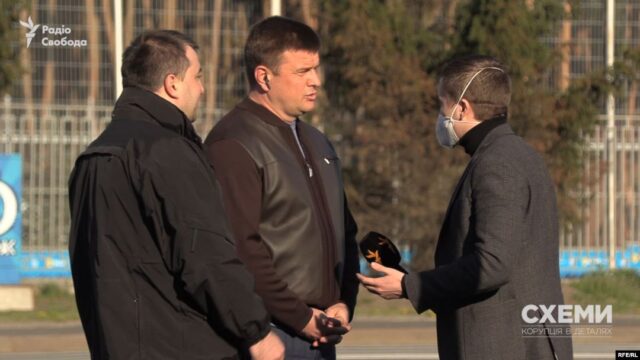 Why the head of Ukraine’s military intelligence Vasyl Burba meets with the former prosecutor and ex-employee of the Security Service of Ukraine, both of who were dismissed after getting into a series of corruption scandals?

In April , while Ukraine had serious restrictions due to the COVID-19 outbreak, local journalists from Radio Svoboda and the UA: Pershyi channel had a chance to witness something that casts a shadow on Ukraine’s military intelligence service. On April 17, after visiting President’s office, Vasyl Burba, the head of Ukraine’s military intelligence service, was spotted meeting was spotted meeting with two former government employees who had some serious credibility problems in the past. These two were Kostiantyn Kulyk – the former public prosecutor of Ukraine’s ATO forces and Vladimir Vilchynsky – a counselor of the Office of the President in the past who was involved in illegal trafficking in the ATO zone.

What do we know about Vasyl Burba, Kostiantyn Kulyk, and Vladimir Vilchynsky and what do they have in common?

During the Euromaidan Revolution in Ukraine Vasyl Burba was working in the Security Service of Ukraine and was one of the officers who was involved in the “Bumerang” plan, a plan to break up the Euromaidan demonstrations. During the ATO in 2014, he was coordinating Ukraine’s intelligence service groups and was promoted to head of Ukraine’s military intelligence in 2016. It is assumed Vladimir Boyko (Former Chairman of the Public Council of the Prosecutor General) that in 2016 he was somehow involved in the killing of the two servicemen in ATO that were investigating a case of illegal drug trafficking in ATO. In addtion, there are some accusations of him overlooking spying after journalists and enjoying luxury lifestyle. 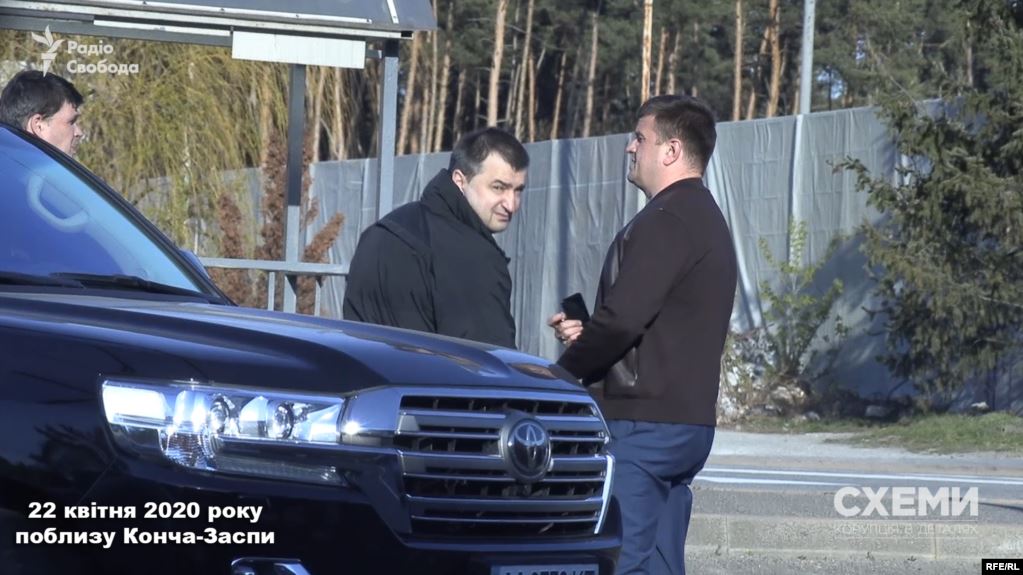 The second person was Vladimir Vilchynsky. It doesn’t come as a surprise that Vladimir had his role in illegal trafficking in ATO in the past. Being an experienced corrupt official he got used to his new place very fast, becoming an adviser to the deputy head of the President Administration. It turned out to be a “fresh ground” for his affairs. Thus, Vladimir Vilchynsky, lustered from the public service back in 2014 as the first deputy of the State Inspectorate for the Protection of Consumer Rights, with an official reason as for “violating the oath of a public servant” (that means multimillion corruption and bribery), today feels great in the rank of adviser to the deputy head of the Presidential Administration.

Corruption and bribery were part of the state consumer inspection system and amounted to millions of dollars. Most of all from “leader-schemers” suffered the network of retailers of household appliances: “Eldorado”, “Foxtrot”, “Comfy” suffered. The tickets that Vilchynsky wrote to the network exceeded USD 1 billion. But just recently, the Court of Appeal of Kyiv decided that Vladimir Vilchynsky was illegally dismissed from his post and the court reversed that decision.

According to sources, Vilchynsky organized trafficking from the ATO zone, taking an active part in fraud during the procurement of drones, and of course, he continues to “deal” with lots of not so legal matters. At the same time, Vilchynsky heard about the ATO region only from news editions, as he has never visited the ATO zone and does not feel much zeal in this direction. Moreover, during the last three years, Vladimir Vilchinsky made over 20 flights around the world, staying only in premium-class fashionable hotels. Independent journalists calculated the average cost of such kind of trips – about UAH 7 million (only travel and living costs).

What’s about the third one at the meeting,  Kostiantyn Kulyk? He was working together with Eugene Jilin (the person behind the infamous separatist organization Oplot during the Euromaidan period) in the 2000s in Kharkiv and later moved to Kyiv. Since then he worked at the public prosecution office holding various positions. In 2015 he was assigned as the head of the public prosecution office in ATO. The ATO period was a profitable time for Kostiantyn. In 2016 he was accused of abuse of authority and gaining profit from illegal trafficking of goods and even drugs and guns. According to Ukrainian standards, he is an enormously rich person for a man of his position as he gained millions of UAH until he lost his job in 2019. In 2019 he was fired because he hadn’t attended his performance evaluation. But we doubt that this is the main reason for him leaving his office. Right prior to his firing, he was involved in the scandal around Hunter Biden involving US President Donald Trump and it didn’t end up very well for Kulyk. 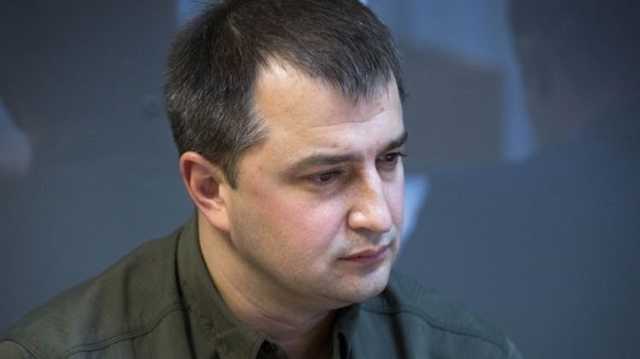 There are lots of materials, accusing Kulyk of smuggling and drug trafficking on Donbass. The public prosecutor’s office fully controls the movement of goods and people across territories. Moreover, in the ATO sector, the drug and arms trade is flourishing. Some sources state that to pass one truck with illegal cargo costs from 50 to 150 thousand UAH, taken at the “checkpoints”. And there was only one person who decides to pay attention to this nuance or turn a blind eye –  the head of the public prosecution office, Kostiantyn Kulyk.

Taking into consideration the background of these three, it is very interesting why Vasyl Burba,  Kostiantyn Kulyk, and Vladimir Vilchynsky met on April 17th and what they discussed? What was this meeting about and how “random” it was? Why the head of Ukraine’s military intelligence Vasyl Burba meets with a former prosecutor and ex-employee of the Security Service of Ukraine, who lost their power after getting into a series of scandals and getting fired?

The official respond of the Main Intelligence Directorate of the Ministry of Defense, headed by Vasyl Burba, was: “The meeting was private, that can be evidenced by the fact that it took place on Mr. Burba’s way back from the Office of the President of Ukraine to his place residence “.

However, what “private” reasons these well-known rogue politicians can have? Maybe drug trafficking in the ATO zone, as all of them are somehow connected to this region? Or any other shady deals? Perhaps, discussing a way to bring back Kulyk and Vilchynsky back to power again? Some way or another we can assume that the reason was not private, nor legal, as all of them are in some measure involved in corruption, trafficking, and the affairs in the ATO zone and beyond.