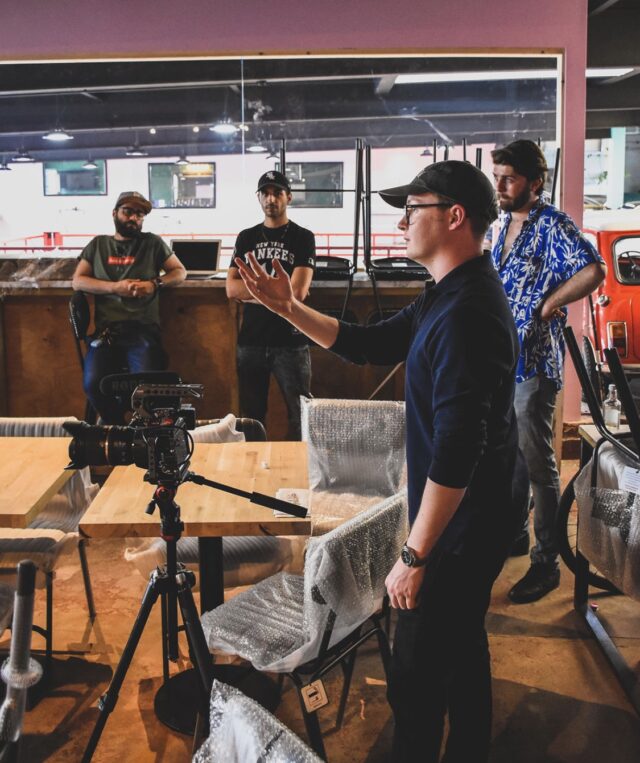 London’s coolest, and quirkiest, classic and supercar destination Duke of London – based in Brentford, West London – recently opened a new Neapolitan-style pizzeria in partnership with multiple award-winning pizzeria Santa Maria Pizzeria, inside their pastel pink, automotive-themed warehouse space, which is home to an vast and eclectic collection of rare and exotic classic cars and motorcycles. A first of its kind partnership within the automotive and hospitality industry, the launch proves an exciting addition to the local area and Ballymore’s The Brentford Project.

Officially opened to the public for delivery or contactless collection only on 9 May 2020 (in regulation with government-set COVID-19 guidelines), the Santa Maria x Duke of London pizzeria launch kicked off with a one-of-a-kind promo video created by Blood Orange Film which has since gone internet viral. The promo video saw Duke of London CEO, Merlin McCormack, deliver pizza on behalf of Deliveroo in a Lamborghini Murcielago, followed by another Deliveroo delivery in a 1920’s open-top racing Fiat.

Santa Maria Pizzeria began when owners Angelo and Pasquale decided to embark on their own venture after both working years in the London restaurant and pizza trade. Both Neapolitan and obsessed with pizza, Angelo and Pasquale wanted to bring traditional Neapolitan pizza to London, so they imported a wood-fired oven from Italy and their journey began on Valentine’s Day 2010, with the opening of their first restaurant in Ealing.

Santa Maria’s award-winning pizza is exactly the same pizza you would enjoy on the streets of Naples, using the same ingredients and adopting the same cooking method. Santa Maria also boast an unrivalled Vegan pizza menu, in addition to serving other Italian classics including Brushetta Pistacchio and Mortadella, and Aubergines Parmigiana.

But what makes the Santa Maria Pizzeria x Duke of London new partnership so unique, is that you can now enjoy your pizza, and even Santa Maria’s own-brewed beer, in one of the UK’s coolest car showrooms, which sits within a vibrant and growing Brentford community of artists, petrolheads, foodies, musicians, locals and wanderers alike. The pizzeria restaurant is designed to welcome all people, from all walks of life, pockets large or small. The Santa Maria motto is, “Quality and quantity at honest prices.”

Once government lockdown restrictions within the food and drinks sector are removed, the restaurant will open its doors for guests to dine-in in the 30-seat restaurant overlooking the classic car showroom from Monday to Saturday, from 4pm to 10pm, and Sunday from midday to 10pm, when freshly-baked bread will also be served. A selection of cars currently in the showroom to spot from your dining table are Jaguar E-Type, Ferrari Dino and McLaren 720S.

Santa Maria pizza and food menu will also be served at riverside live-music pub, The Brewery Tap, next door to Duke of London – run by Merlin’s mother, Annie McCormack – upon reopening of the country’s public houses. But until then, the restaurant will remain open for orders via Deliveroo or collection only.