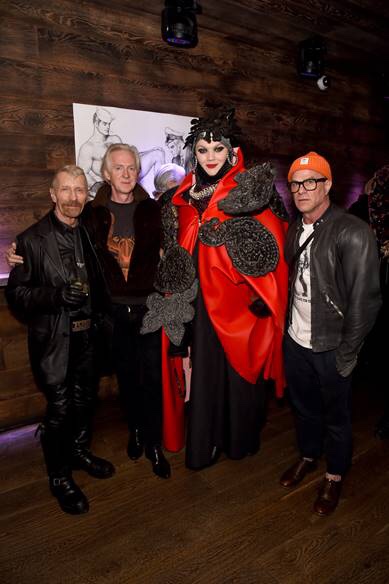 This evening, Tom of Finland Foundation and 10 Men hosted their exhibition launch afterparty in Basement at The London EDITION.

Earlier in the evening, the Tom of Finland Foundation unveiled its new show at The House of Illustration, Tom of Finland: Love and Liberation, The UK’s first public exhibition dedicated solely to gay cultural icon Tom of Finland. Following this, guests from the worlds of music, art and fashion such as Durk Dehner, Philip Treacy and Daniel Lismore gathered at The London EDITION Hotel in Fitzrovia to celebrate. 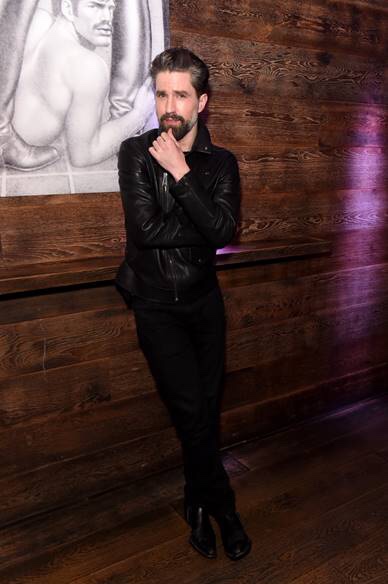 Tom of Finland: Love and Liberation will display 40 works on paper produced from the 1960s to the 1980s, both before and after homosexuality was decriminalised in much of Europe and the U.S. It will include early drawings of men fighting that constituted the only legal way to show physical contact between men before decriminalisation, as well as illustrations from his iconic Kake comics and rare linocuts produced in very limited editions. Many of these works, on loan from the Los Angeles-based Tom of Finland Foundation, will be exhibited to the public for the first time.