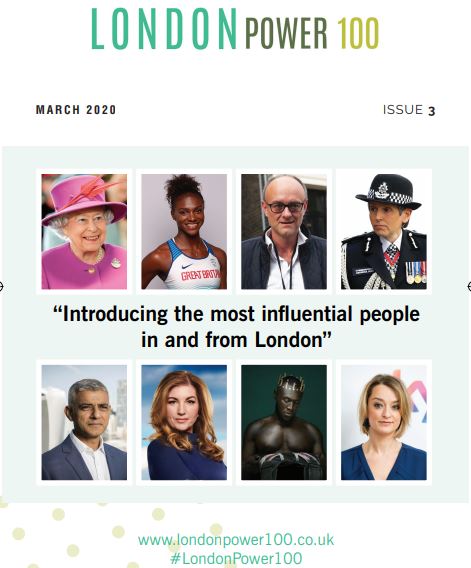 Mayor of London Sadiq Khan, rapper Stormzy, Sir David Attenborough and Meghan, Duchess Of Sussex are amongst the 30 most influential people in London.

2020’s London Power 100 which has been released today sets out to celebrate and identify the 100 most powerful and influential people in London.

Notably missing from the list are Adele, George Osborne whilst political activist Katie Hopkins, and businessman Sir Phillip Green didn’t make the cut this year either.