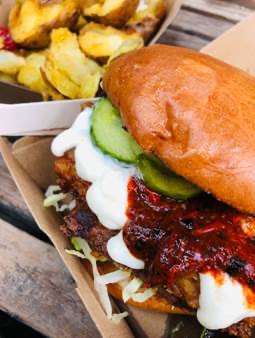 New research has revealed that the UK’s house share culture could be eroding our collective cooking skills and contributing to the obesity epidemic, as 10% of the public claim to avoid cooking as they share a kitchen with others.

The research, from Hammonds Furniture, surveyed members of the public about their eating and cooking habits. The results found that we are a nation of convenience lovers, spending an average of £53.30 a month on takeaways. We choose to reach for the takeaway menu over cooking ourselves due to laziness, for convenience, and because we don’t want to use a kitchen that we share with other people.

The research also found that over 2 million of us NEVER cook meals at home, with the average Brit cooking just four meals a week from scratch. However, more than double as many women cook everything from scratch compared to men (15.6% compared to 6.2%). When the results are broken down by age, those in the 25 – 34 age bracket admit to having five takeaways per month, spending £65, compared to just 1.5 and spending £28.60 from those aged 65+.

22% of those living in London choose not to cook as often as they share a kitchen, leading them to spend on average £71.80 per month on takeaways. 10% of people living in Bristol are put off cooking due to their roommates and spend an average of £95.3 per month. This is compared to £41.30 in Manchester, £48.4 in Birmingham and just £30 in Sheffield.

With the number of people living with roommates rising year after year (especially in London)**, this could be a worrying trend, affecting the health, finances, and wellbeing of those living in shared accommodation.

The number of takeaways people purchase per month is also thought to have risen thanks to the popularity of restaurant delivery services, meaning that the public now has more choice available for delivery than the classic pizza, kebab or curry.