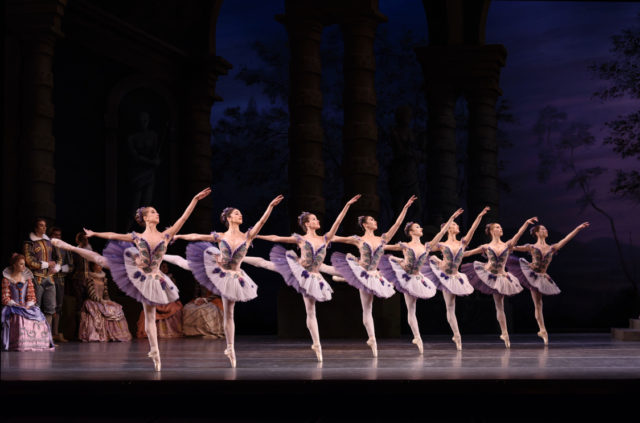 This festive season, The Royal Ballet’s signature production of The Sleeping Beauty returns to the Royal Opera House.

First presented at Covent Garden in 1946 after the post-war re-opening of the Royal Opera House, Marius Petipa’s three-act ballet was fully restored to the Company’s repertory by Monica Mason and Christopher Newton in 2006, incorporating original designs by Oliver Messel and Tchaikovsky’s ground-breaking score. With additional choreography by Frederick Ashton, Anthony Dowell and Christopher Wheeldon, the production includes an array of virtuoso sequences, including the Rose Adage, celebrated as one of the most testing challenges for a classical dancer and made famous by The Royal Ballet’s Prima Ballerina Assoluta, Dame Margot Fonteyn.

During this revival, Royal Ballet First Soloists Fumi Kaneko and Anna Rose O’Sullivan make their debuts as Princess Aurora. David Hallberg makes his debut in The Royal Ballet production of The Sleeping Beauty as Prince Florimund.

Director of The Royal Ballet, Kevin O’Hare, comments: ‘It’s wonderful to be reviving The Sleeping Beauty this festive season. This much-loved classic has been synonymous with The Royal Ballet since 1946, and is a work from our repertory that is very special, both in terms of the heritage of the Company, and the multitude of technical and storytelling opportunities it offers to every dancer performing on stage.

The Sleeping Beauty will be broadcast live to cinemas on Thursday 16 January as part of ROH Live Cinema.

Alongside this revival, Le Ballet de l’Opéra national du Rhin perform Les Beaux dormants, Hélène Blackburn’s family ballet inspired by The Sleeping Beauty, in the Linbury Theatre. Featuring a cast of 12 dancers, the ballet focuses on the rites of passage from adolescence to adulthood- and offers an alternative, comedic look at this classic fairy tale for audiences of all ages.