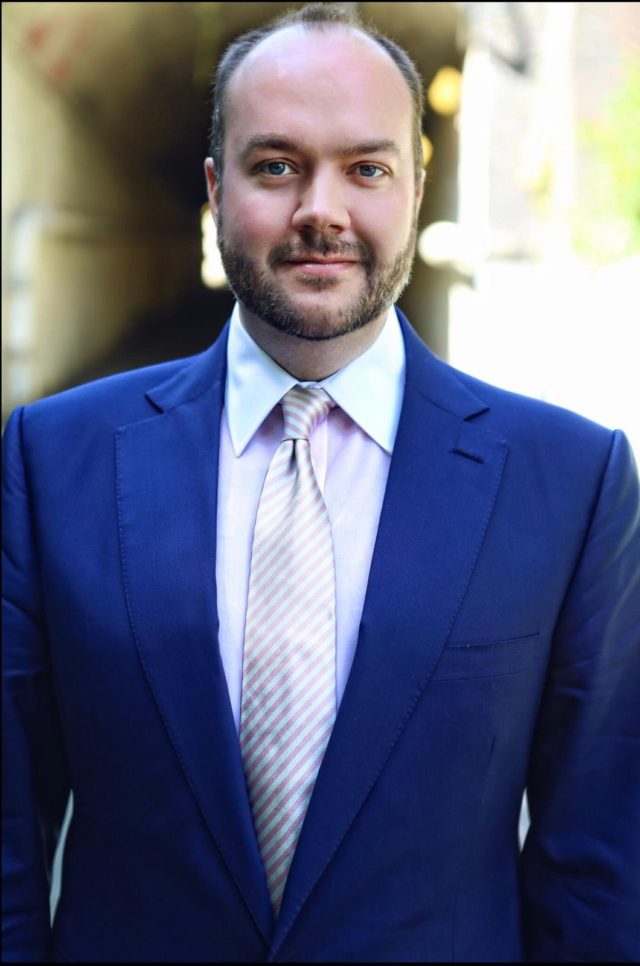 Jonathan Sothcott is one of the British film industry’s real characters. A polarising but instantly recognisable figure, unafraid to speak his mind and court controversy, especially when promoting his work. In his Savile Row suits and power ties he is the archetypal old school film producer, a part he clearly enjoys and plays well. A vocal, sometimes brash champion of physical media, he strikes a curiously old fashioned note, but his huge success making gangster films clearly shows he knows his business. But as the film industry, both in Britain and beyond, goes through painful transitions, we caught up with him to see if he’s an analogue dinosaur in the age of Netflix.

You recently won the CEO Monthly award for Best Commercial Film Production CEO – how does that feel?

Well it must have been a quiet year is all I can say! Its lovely and incredibly flattering to win anything, especially when you are recognised beyond your specific industry. When I got the email asking if I’d accept I was of course delighted. The magazine were very kind to me last year too. I take the business side of the film company at least as artistically as the creative side and as I have made my peace with probably never winning a BAFTA, being recognised as an entrepreneur is equally rewarding. But at the end of the day I don’t take anything like this too seriously – if you allow yourself to get caught up in the good news you have to start believing the bad reviews too… and I have had far too many of those!

How do you deal with reviews?

Only read the good ones, the bad ones are all lies! Haha. Seriously, you know when you’re made a bad film and when you’ve made a good one. If you are a realist you know. But I have (luckily given the volume) never shied away from bad reviews – the type of film I make, even a one star review in a quality publication is better than not being reviewed, as it raises awareness. There are so many films released now you have to make yours stand out any way you can. I’m shameless, that’s my job. When Vendetta came out we got some great reviews but also some stinkers. I decided to have a press quotes poster made and when we looked we didn’t have enough. So I retooled a couple of quotes – Empire called it “Ronseal cinema” like that was a bad thing. I wanted to make a film that did what it said on the tin. So we stuck that on there. Raising is awareness is so crucial, you have to stand out.

Have you ever done any other similar stunts to promote a film?

I think the funniest one was unwitting. At the premiere of Bonded By Blood 2 a couple of wrong ‘uns somehow slipped in past security and got in to a punch up. They must have been stupid or high or both as they were sat in a room with some serious gangsters but anyway they were swiftly ejected. Next day one of the reviews said we were very clever to stage a real fight at the screening, like it was 3D! Haha. 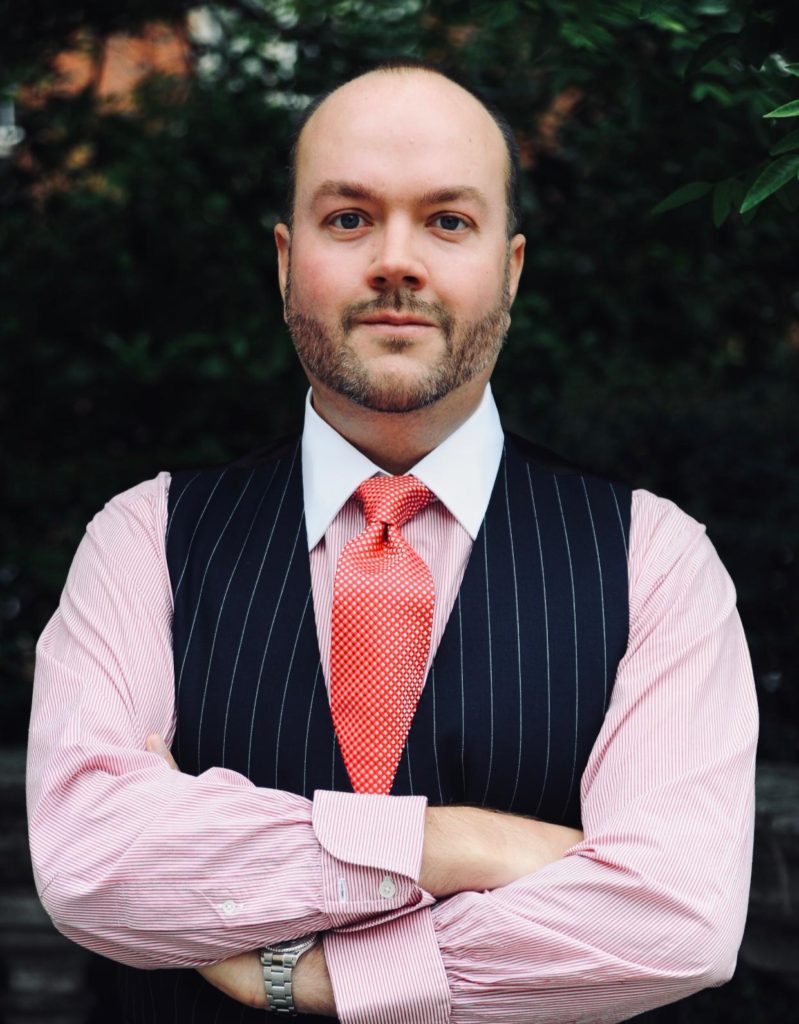 So what inspired you to get into films?

I think when I was about 4 my mum taped a TV programme about The Making of Return of the Jedi. Like every kid in the early 80s I was Star Wars mad. But what captivated me was how they made the film – I remember very clearly seeing how the speeder bike was done with back projection and how the puppeteers worked Jabba The Hut and various other monsters. I thought that was a world I wanted to be part of (the film business, not Tatooine). As I grew up films really did become my passion – first horror, then action and ultimately all films. In my teens I was avidly consuming books, magazines and TV shows about how films were made. And eventually I wanted to write them myself. Thanks to the auspices of Allan Bryce (publisher of The DarkSide magazine) and David Gregory (Severin Films) I had the opportunity to meet and interview so many of my cult film heroes – Ken Russell, Bryan Forbes, Christopher Lee, Peter Yates, Brian Clemens. I absorbed everything I could and wrote so many articles, as well as a couple of books. The thing is I was always too ambitious just to write about other peoples’ films. I wanted to do it, to be the guy making the films. But having dropped out of A Level Film Studies (what a load of pretentious bollocks) I was never going to be a director. So ultimately producing was the way forward. I took a slight detour via setting up and launching The Horror Channel but by my late twenties I was ready to have a crack at it. A decade and 40 films on I’m still doing it so it hasn’t gone too badly.

What are the biggest challenges you face as a producer?

Its more a case of what challenges one doesn’t face! The market has had an absolute kicking from piracy, we’re constantly told that physical media is over yet in my space nobody is making any money from digital, the bad name associated with film investment after years of tax avoidance schemes makes raising finance a pain in the ass, there are very few stars outside the Hollywood blockbusters… I tell you one thing, it is not easy! I think the biggest challenge facing Brit indie producers in general at the minute is the government’s decision to shut down EIS relief for film production investors. This has been the backstop of British film finance for twenty years and while I appreciate that the system has clearly been abused, shutting it down has clearly pulled the rug out from under producers.

What is, or was, EIS relief?

The Enterprise Investment Scheme was a Gordon Brown era government initiative to encourage inward investment in British businesses. It gave private investors real incentives to invest in things such as British film with generous tax breaks (30% of the investment could be written off against an investor’s income tax, there is no CGT on profits etc). The mechanics of the scheme have now been changed so investors can only claim relief on investments into businesses with long term growth, preferably those that qualify as knowledge intensive companies. This doesn’t work for film production at all and while both HMRC and the BFI are making positive noises about long term investments in film companies to create the next Working Title, the fact is funding a producers’ overheads is not a sexy sell for investors. We get enough shit for spending the budgets on posh lunches as it is so God knows how this is supposed to work. It effectively curtails indie films getting made unless their financing can be structured through pre-sales, which means a huge amount of new voices will be silenced. It’s a sort of silent crisis for the British film industry I think.

What about the rise of Netflix, Amazon etc?

It doesn’t particularly affect me. The Krays – Dead Man Walking did pretty much the same DVD business last year as Age of Kill did in 2015. Our audience still buy physical copies of films. They know that unless it’s a Netflix premiere it won’t be on that platform. A much, much bigger problem for us is piracy. Its almost impossible to fight, nobody takes it seriously but to put it in simple numbers there’s probably 1000% (one thousand) increase in people watching my films illegally than watching them through proper channels. Now that is depressing.

Would you like to work for Netflix or one of the other streaming services?

Of course – who wouldn’t? And we are developing projects that fit those models. They are quite substantially different to our film projects though. People think you just type a script and then shoot it but development is a far lengthier and complex process than that, sometimes it takes years to actually get something in good enough shape to shoot (if you actually care about your product!).

What do you think the future of the movie business looks like?

I think there will be a kickback against CGI-driven movies. I think film is cyclical and the cracks will start to show in this particular cycle in the next year or so. We’ve spent so too long focussing on CGI and IP and not enough time building new stars. I think the Marvel films will suffer without the huge star power (and brilliant acting) of Robert Downey Jnr holding them together. And I think Marvel and Star Wars set the CGI bar so high that audiences won’t accept anything but the very best – I don’t like slating other people’s films but based on the trailer that new Terminator film looks decidedly second rate. So anyway, I think story will start to become crucial again – you can almost see it coming via horror films – look how successful Halloween was last year – yes it had special effects, but it is still basically a guy in a mask with a cleaver. It didn’t need robots and aliens and guys picking up cars and throwing them. I hope that’s what will happen anyway.

What do you do for fun?

Outside of work my life is my family. Janine and I have 4 kids which keeps us very busy indeed and we really do spend almost all of our time with them. We go to the cinema and out to eat a lot and we often see friends in London for dinner. It is a bit of a cliché, but when I was younger I was a bit of a party boy, always looking for the next adventure but as soon as I met Janine I found the adventure of a lifetime. We like travelling and going to nice places of course but we also like staying at home watching blu rays (we’ve most recently rewatched The Godfather trilogy, The Untouchables and Jaws 3D… the latter is one of my guilty pleasures). Sometimes in life meeting the right person can change everything. It is also really nice that she understands my business – not only because she’s in the same game but because she’s incrediblyintelligent. One thing I have learned is that no matter how hard you work at your job, you’re never going to work as hard as a mother bringing up 4 kids. They wear so many different hats and get so little thanks. I’m totally in awe of what she has achieved and how she juggles the needs of so many people. I say this a lot but I’m one lucky SOB. 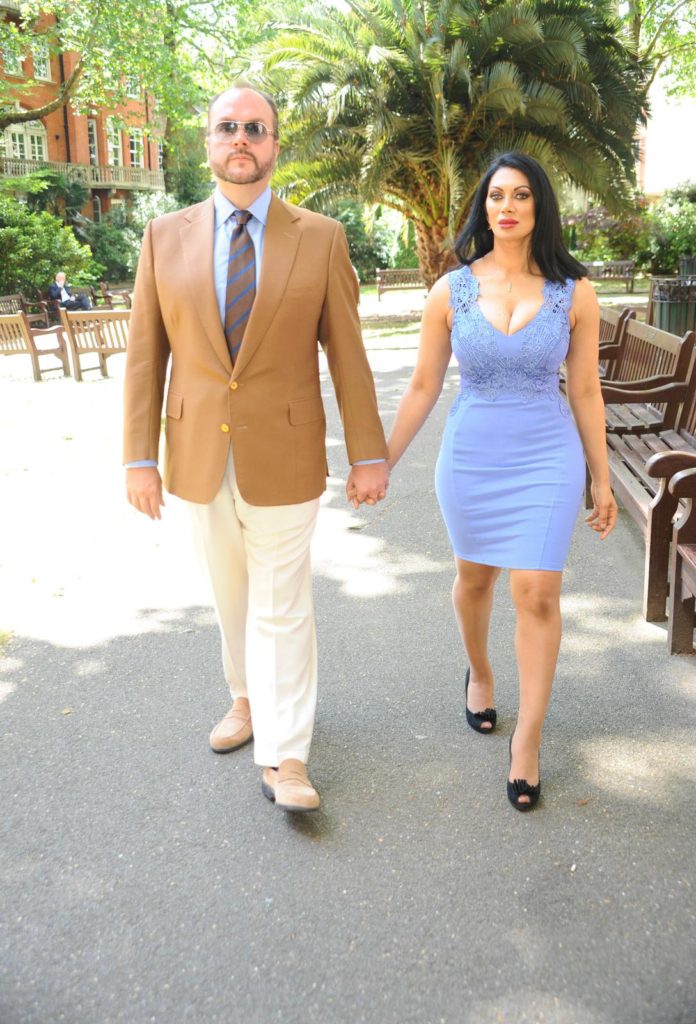 2019 has been the year of things going on ‘behind the scenes’ with me. I have worked harder and longer than I ever have putting something very big together, but at the expense of actually making any films, which of course given my quantifiable productivity in the past makes people think I have packed up and retired. Nothing could be further from the truth but sometimes you have to step back and focus on the bigger picture. I’m very nearly finished with it and then I’ll be back in full force. Sorry that sounds a bit cloak and dagger but I don’t want to jinx anything.