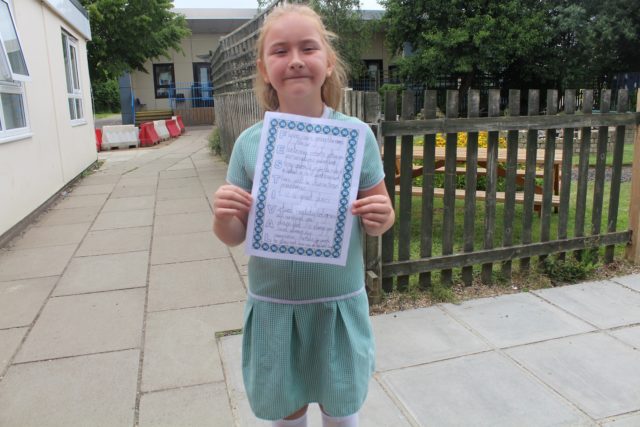 Festival Leisure Park has announced the winner of their ‘Festival in 70 years’ time’ Literacy competition, seeing over 1,000 entries received and 23 schools take part!

To celebrate Basildon New Town’s 70th anniversary, Festival Leisure Park launched the campaign back in April – inviting local Primary Schools to creatively write and express what entertainment they thought would be at the popular Leisure destination in 70 years’ time. Continuing the 70th theme, each school entered into the competition is also set to receive £70.

After receiving over 1,000 entries, with Primary Schools setting the piece of work as either homework or classwork, judges from Festival Leisure and Basildon Council sat down to shortlist the entries at the beginning of July. After final deliberations and accounting for how successful the campaign proved, judges agreed not to limit the shortlist down to the top 10, but to extend this to the top 20.

The winning entry has been announced today as year 3 pupil – Sonya from Whitmore Primary School, Basildon. After reading Sonya’s submission, the judges were blown away with the clever layout and how Sonya mentioned Virtual Reality, flying cars and robots! 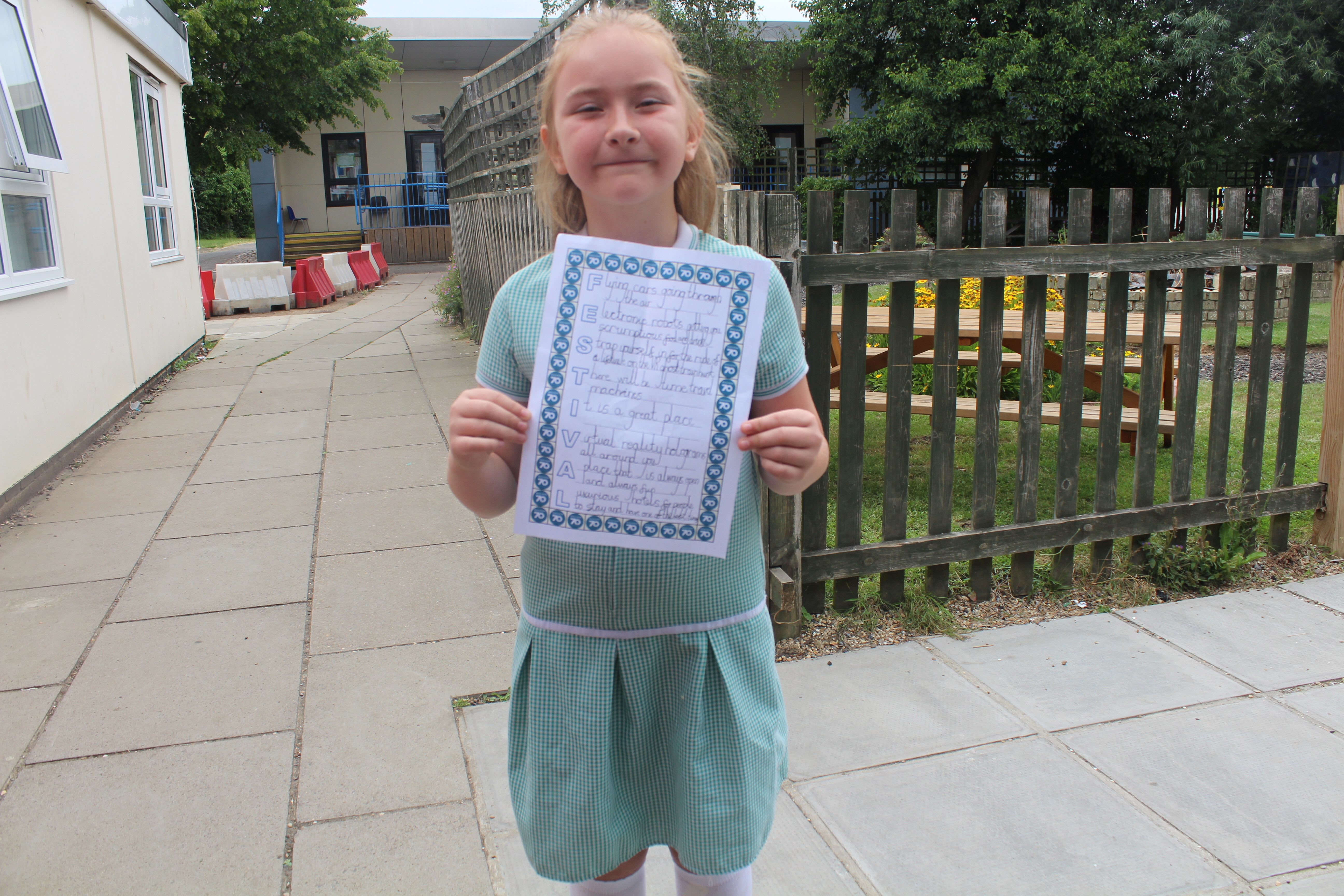 Whitmore Primary School’s Headteacher, Mrs Kemp added: After being notified last week that Sonya had won Festival Leisure’s 70th Literacy competition we were absolutely thrilled and it’s been a pleasure to work alongside Festival Leisure Park to arrange the presentation assembly. However, it has been extremely hard for us and her parents to not tell the children! We’d also like to mention another two pupils from Whitmore – Eliza BE and Elizabeth O who were also shortlisted. I’d like to thank our Literacy leader- Miss Channing for all her continued hard work! I’ll now be speaking with Sonya to decide what she’d like to spend the money on here at the school.”

We’d like to thank each and every Primary school for entering our Literacy competition over the past few months and we’ve really been blown away with both the standard of writing and also the number of schools of have taken part to help celebrate Basildon New Town’s impressive 70th anniversary.

Matthew continued: “Sonya’s submission really stood out and it was a great pleasure to present the cheque and meet the fantastic staff at Whitmore Primary School. We’re now looking forward to hearing how the well-deserved money will be spent!”

Cllr David Burton-Sampson, Mayor of Basildon Borough commented: “It was such a pleasure to present Whitmore Primary School with their prize and to meet the talented pupils and staff who have been so enthusiastic about the competition. Three entries were shortlisted from Whitmore, which is a testament to the outstanding creative skills among their pupils. Well done to our winner, Sonya and everyone who submitted an entry – keep up the creativity!”

Fly to Norway from London Southend Airport for the first time