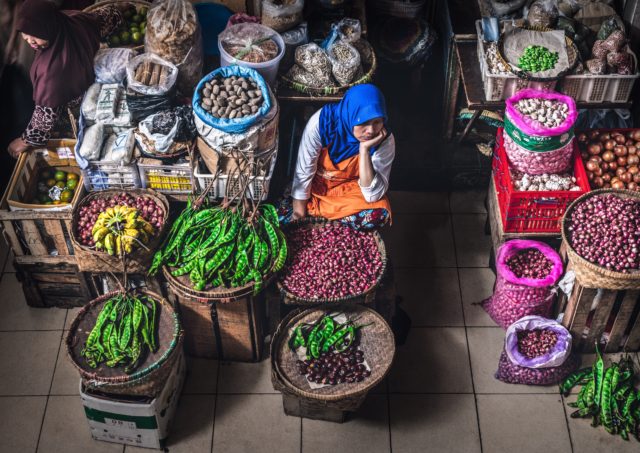 A brilliant shot, Ramadan, by Buckhurst Hill-based photographer Elise Humphrey has won the Food for Sale category at Pink Lady® Food Photographer of the Year 2019, the world’s leading celebration of the art of food photography and film.

The announcement was made in front of an audience of four hundred guests at a glittering Champagne Taittinger reception packed with celebrities from the food and photography world, at the Mall Galleries, London on Tuesday 30 April 2019. Host for the evening was the legendary musician and cheesemaker Alex James.

Elise was presented with her trophy by Chris Dee, Director, Food & Lifestyle, Harrods.

“The competition was fierce,” says Andy Macdonald who has headed up Pink Lady® in the UK, headline sponsor of the Awards. “There were 9000 images entered from 77 countries – more entries and more countries than ever before – and the standard was phenomenal.”

Colchester-based Oliver Suckling came Second in Production Paradise Previously Published category with his shot of a traditional butcher in Tiptree.