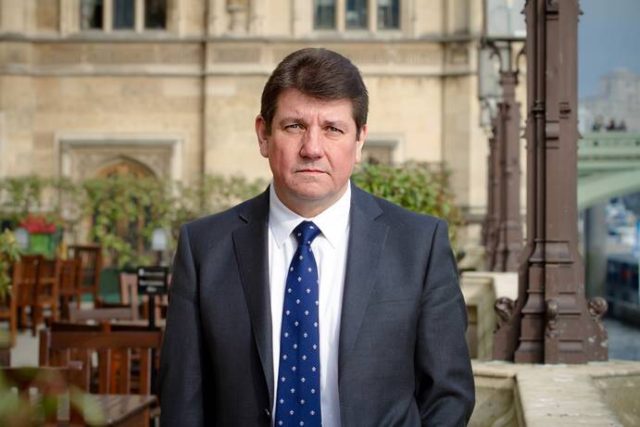 I continue to appreciate all those who have contacted me over the last week or so to offer advice and thoughts on the best way forward at this difficult time.

I recognise that not everyone will agree with my view point, but I have to be true to what I believe best represents the views of the 73% of people in my constituency who also supported Brexit.

I know many would like other outcomes such as Revoking Article 50 and remaining in the EU or a second referendum, but I believe it is incumbent on us all to honour the result of the referendum.

As the law now stands the UK default position is, if no agreement is passed by the 29th March, we would leave with NO DEAL on the 12th April (previously 29th March) – an outcome that, although not ideal, I support.

This why (both last week and this week) I voted to keep NO DEAL firmly on the table and I voted against an extension to Article 50 as, at this point, I can see no purpose in it.

But, yesterday and over the last week or so we have seen quite clearly that the combined opposition with the support of the Speaker and a number of Conservative Colleagues are determined that the UK shall not leave the EU without a deal.

The House has now voted three times against leaving with NO DEAL including in last night’s series of Indicative Votes. A situation that came about because the Government lost control of the Order paper (and therefore possible control of legislation) in a previous vote last week.

The NO DEAL option which I co-sponsored and supported last night was that, in the absence of a deal, we should leave the EU with no deal on the 12th April but as stated this was again heavily defeated.

Therefore, I think it is fair to say that although there is not yet a legal reason why we can’t leave with NO DEAL now on the 12th April, I fear the combined opposition with the Speakers support will be given the opportunity to change the law so that the UK could NEVER leave without an agreement in place, therefore completely removing the NO DEAL option.

I also fear that we will lose Brexit altogether and that those who believe that Brexit itself is a mistake will combine to completely derail the process.

It is therefore against that back drop that I have to decide how to proceed.

As you will no doubt know, last week the Government had intended to bring forward the Prime Ministers Withdrawal agreement again but, as we saw, the Speaker used his power to rule that the deal could not be put to Parliament again unless it was significantly different.

Many welcomed the Speaker’s intervention, on both sides of the debate, believing that it would help achieve their desired outcome of either remaining/customs union or leaving on WTO terms.

My belief however, is that the intervention was only Act I of the “Speakers Brexit Tragedy” and that Act II would show how the Speaker is willing to assist those who wish to remain by handing control of the process to the combined opponents of Brexit.

Therefore, with not enough support for the PM’s Withdrawal Agreement and NO DEAL effectively removed, we could either remain in the EU indefinitely or have permanent membership of the Customs Union, an outcome many opposed to BREXIT would support, thrust upon us!

Today however the future is unclear. I believe that tomorrow the Government will once again try to put the Withdrawal Agreement to a meaningful vote which, when taking into account all the other possible outcomes, I hope passes.

For the record, I do not like the PMs deal and I have concerns about the Backstop, but as I remain committed to delivering Brexit and face the head winds of the remain dominated House this may be the only way to actually get out.

Therefore, I will continue to weigh ALL the possible outcomes and continue to act to honour the vote of 17.4m people.