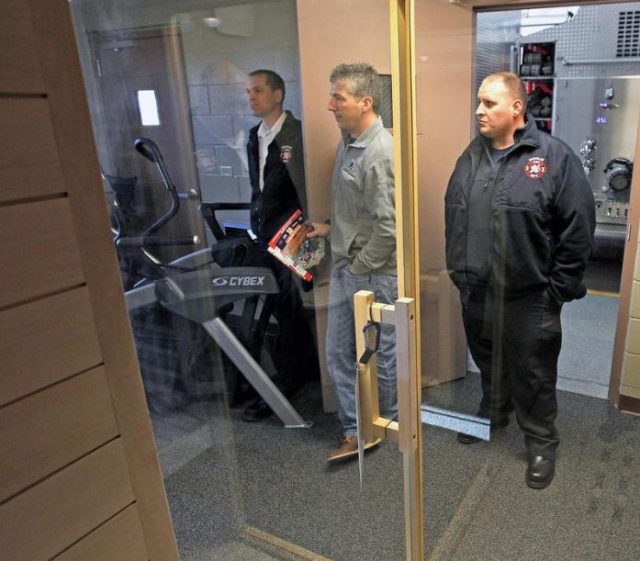 Firefighters in California risk their lives to save the environment and local community from fire. Their job is noble and requires much physical wear and tear to their body. Now, it’s been revealed there’s long-term dangers resulting from their work as well. Therefore, California’s firefighters are fighting back, using infrared saunas to beat the heat of cancer.

According to Nevada County’s WSPTA television news site, the smoke of everyday fires does long term damage to fighterfighers. Studies have revealed over the decades, even with tactical protective gear, small amounts of smoke make their way into the bodies those community superheroes. As men and women are fighting fire with water, the smoke passing by them enter open orifices of the body. It even works through clothes to cover the skin.

While it may seem minimal in damage to some, this daily exposure surpasses normal levels of toxicity the body can naturally expel. A Firefighter memorial constructed in Colorado Springs, Colorado shows the names of brave men and women who died fighting flames from 2002 to 2018. Astoundingly, 65% of the names on the wall died of cancer related to their career.

Firefighters are being asked, if not required, to exercise in some of the best infrared sauna models available to stop the increased possibility of cancer. DIY near infrared sauna building for home use is a trend that is becoming popular, to relax and detox your body without needing to go to a spa or treatment facility. Although these saunas are being built for relaxation purposes, Firefighters are being asked to use these saunas to eliminate toxins from the body to ultimately protect them from cancer – not to just relax. Various national health organizations report a workout at the end of the day can help sweat out toxins. Eliminating these from the body may make a huge difference in the deaths being caused by cancer.

The toxic chemicals making their way into open pores and respiratory tracts come from the burning paint, dyes, and finishes consumed by fire. These chemicals are found on almost everything within a home or building that goes up in flames. Some firefighters say the smells from fighting a blazing fire can remain on their skin for weeks.

“It’s like this odor you smell it and it sticks with you for about a week,” said firefighter Corey Jacobsen to a news reporter recently on the topic. He feels that ever since he started using saunas, the smell tends to go away by the end of the day. He also added that he decided to get one for his home and is looking at sauna reviews (like Radiant Sauna) to help him choose one.

A simple conclusion, men and women dealing with fire and smoke daily need to be made aware of this new trend. An idea some supporters are asking for is that companies behind the best home sauna models offer a firefighter discount.

View a video below of Milwaukee, Wisconsin firefighters reviewing use of saunas as well.