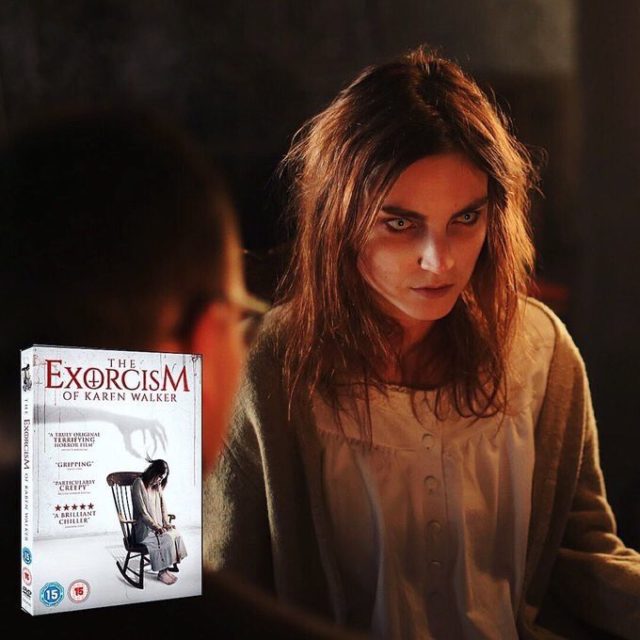 The Exorcism of Karen Walker is not what we have come to expect from geezer flick factory Hereford Films.

A slow burn chiller set in America rather than Essex it lacks the company’s usual blokey ensemble but is no worse for that as the cast really are the thing here.

Mitch (Shane Taylor) and Diane (Janine Nerissa Sothcott) inherit a spooky old house and discover kirlian photography equipment in the basement. This leads to Mitch having his sister Karen (Denise Moreno) released from the local mental hospital after learning that she may be possessed. 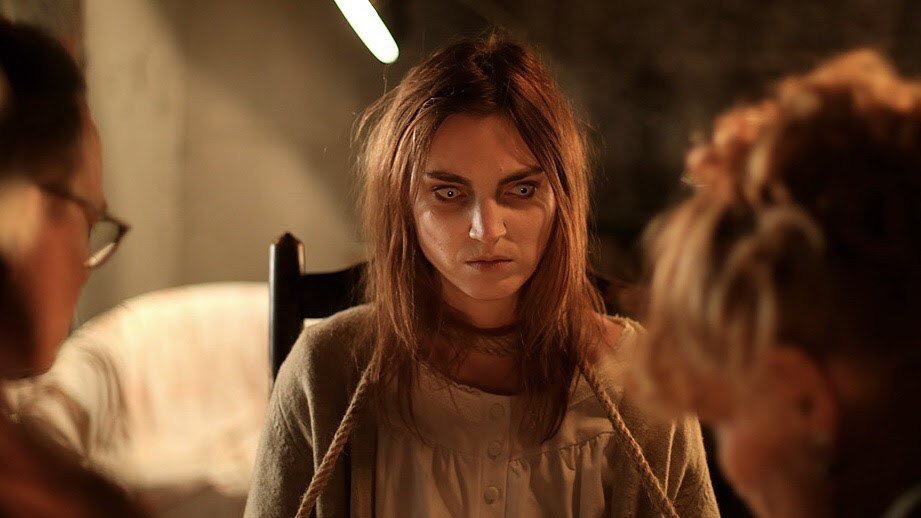 With help from local psychic Ada (Rula Lenska) he sets about trying to free Karen from the evil inside her… but the evil has other ideas.

If this all sounds like a synopsis from the back of a VHS tape then that’s no surprise – this is retro horror filmed in a modern way and there are scenes straight out of an episode of Hammer House of Horror. The kirlian photography device is a brilliant macguffin and gives the film a real point of difference.

Its clearly made on a shoestring but its well directed and the special effects are impressive. The jump scares we have come to expect from this genre are few and far between but when they come they are definitely effective.

What sets the film apart from the usual horror fodder though is the performances. Shane Taylor is utterly convincing as Mitch and holds the whole thing together with his conviction and subtle underplaying. Denise Moreno as the titular Karen is unsettling in the extreme and its great to see Rula Lenska pulling out all the stops in a career-best performance.

Amidst such heavy hitting thesping the stand out, however, is Janine Nerissa Sothcott, briefly seen in last year’s The Krays – Dead Man Walking and here playing her first lead. An incredibly naturalistic performer with real star quality she more than holds her own with veterans Taylor and Lenska and gives the only warm performance in a very cold film. Definitely an actress to watch.

In conclusion, then, a very pleasant surprise and with an ending hinting at a sequel we are holding our breath for the next instalment.