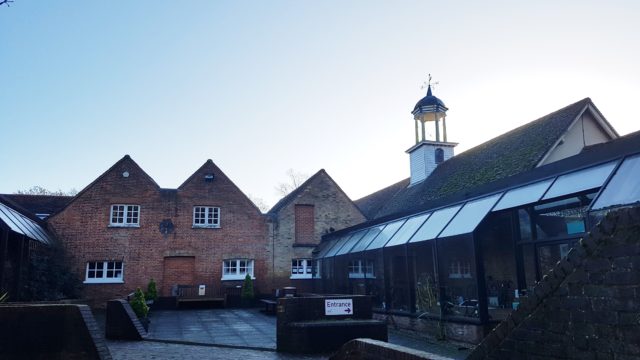 Harlow Museum & Walled Gardens, which has come back under Harlow Council’s control, has reopened to the public this morning for the first time since before Christmas.

Since taking over from ScienceAlive, the Council has worked to clean and tidy the building, and put plans in place for staffing the museum .

During the winter months the museum will be open every Tuesday and Thursday from 9.30am to 3.30pm. Entry to the museum is free.

The museum, which is one of Harlow’s hidden treasures, tells the story of the area from its Roman history through to Stuart and Tudor times, the Victorian era and the design of the New Town by Sir Frederick Gibberd. The museum building is surrounded by a beautiful walled gardens which date back to the 16th century.

Councillor Mark Ingall, Leader of Harlow Council, said: “I am pleased that we have been able to get the museum reopened again to the public and that it continues to be available for local groups to use. Since taking over the museum the priority has been to get it reopened with consistent opening times whilst we consider the long-term management of the museum. Whatever happens in the long term there will be a Harlow Museum service in Harlow whether that is as a Harlow Council service or managed by another operator with Council funding.”

The Council has also announced that it will be looking at options to continue offering Science Technology Engineering and Maths (STEM) sessions for local children at venues in the town following the closure of the ScienceAlive centre at Harlow Leisurezone.

Further information on the Museum can be found on the Council’s website at www.harlow.gov.uk/harlowmuseum