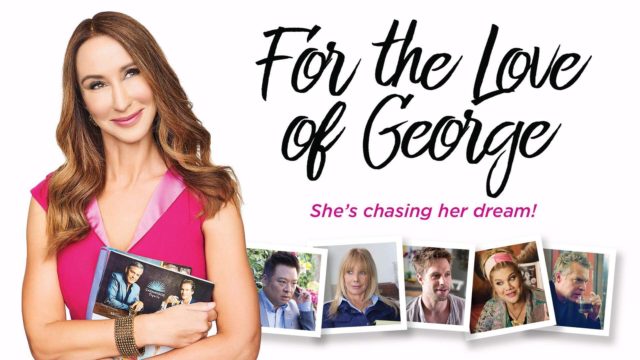 Vision Films and Fluffy Cat Productions are proud to announce the release of the charming romantic comedy, For the Love of George. Directed by Maria Burton and written by Nadia Jordan and Hayley Nolan, this film is the perfect reminder that happiness is not dependent on finding the perfect man…even if that man happens to be the one and only George Clooney!

Having won multiple awards on the festival circuit including Best Comedy, Top Female Filmmaker and Audience Choice Award, For The Love of George was released in the US earlier this year with a red carpet premiere at the renowned Chinese Theater in Hollywood. It premieres in the UK on November 14th at BFI Stephen Street, London.

For the Love of George will be available November 15 on Digital for an £8.99 – £13.99 Rent or Buy on iTunes and Google Play. It will also be available on Amazon Prime.