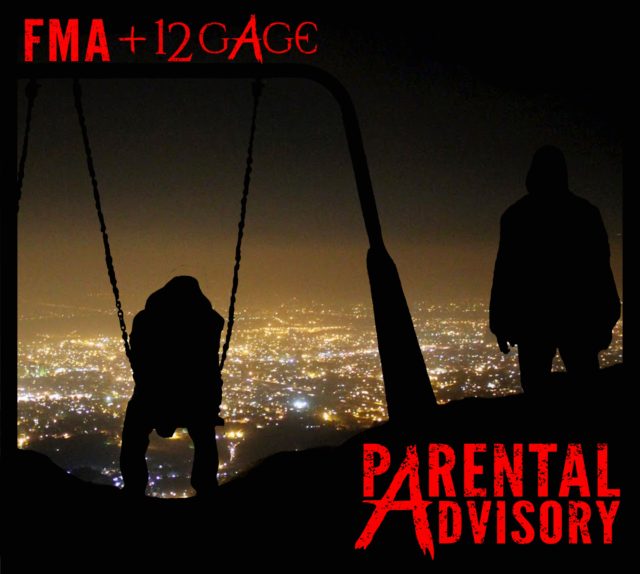 FMA + 12 Gage are a father and son rap duo who use their music raise awareness and to combat their mental health issues. They combine the aggression of metal and the verbal skills of hip-hop with the energy of youth and the experience of age.
They were a part of national Autism Charity AnnaKennedyonline‘s world known Autism’s Got Talent in 2017 which took place in central London and the duo have been described as an act unlike any other.
They will be unveiling their highly anticipated, debut album – Parental Advisory on the 6th October at The Continental, Preston in an all ages show.
“The father and son of unholy flows spit with a unique, roughly-hewn, Prestonian intensity” Tom O’Boyle – Metal Hammer”
“So talented, an absolutely breathtaking performance” Anna Kennedy OBE
They will be joined by –
The Jackpot Golden Boys, a pop-rock trio who are back from their 2nd USA & European tour alongside YouTube phenomenon ‘Epic Rap Battles of History’.
Dreadnought, the producer of Parental Advisory will be showcasing his unique vision of metal infused hip hop.
And Twintwo, MC/producer/farmer – as heard on BBC Introducing, the Shift Radio, North UK Radio, BCB Radio, Drystone Introducing and the late show 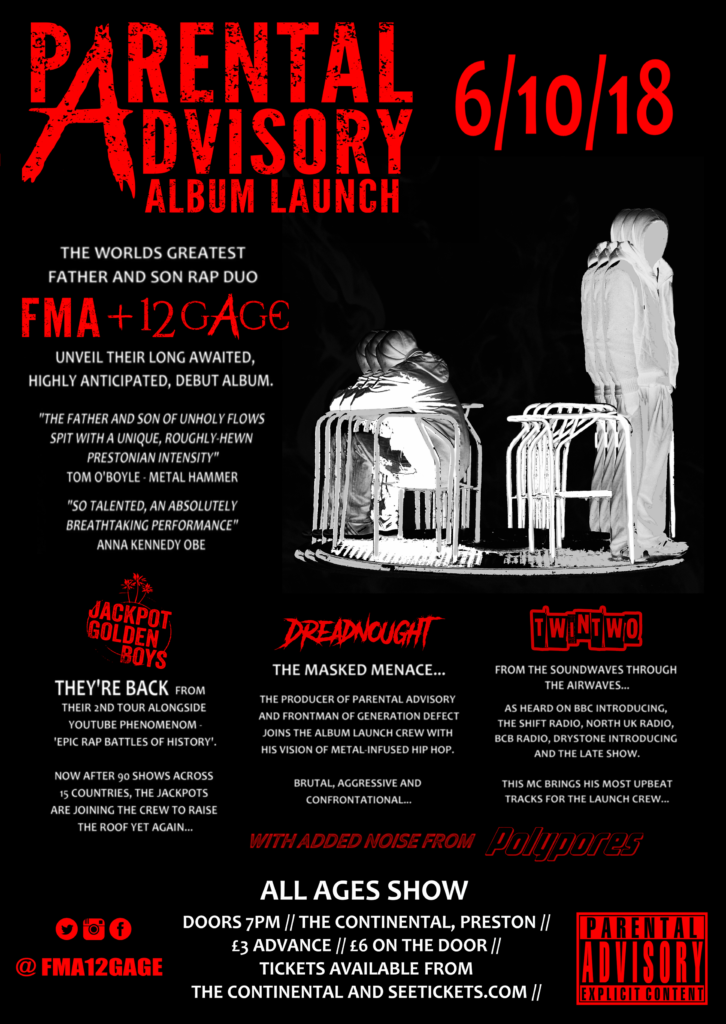 Albums and t-shirts will be on sale, prices TBC.
Tickets are £3 in advance, £6 on the door and are available from The Continental and Seetickets.com.
The album will be available to purchase and download from www.bandcamp.com and a selection of tracks from the album will be available on all major streaming services on 7/10/18.
FMA + 12 Gage will also be showcasing their talent at the Autism’s got Talent Roadshow at The Floral Theatre New Brighton in November in a 850 seated theatre.