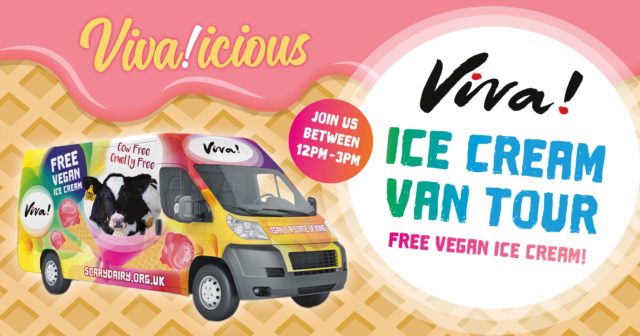 This summer British animal welfare charity Viva! will be travelling across England and Wales showcasing the UK’s first ever vegan ice-cream van tour.

On Friday 3 August the charity will hand out complimentary dairy-free ice-cream from their spectacular vegan ice-cream truck on Victoria Circus, Southend-On-Sea. Viva! will encourage the public to opt for plant-based alternatives, and will distribute free information about dairy-free diets alongside their giant inflatable cow!

The event in Southend will be the charity’s fourth stop on their tour of UK cities.

In recent years, the UK has seen a steady decline in the demand for animal-based products whilst sales of plant-based products continue to grow . Despite increased awareness about veganism, many people are still unaware of the barbaric dairy farming practices that are standard in the UK. Female cows are artificially inseminated and their calves are taken away shortly after birth. This practice is standard across the dairy industry and is used to produce ice cream, milk, cheese, butter and yoghurt. 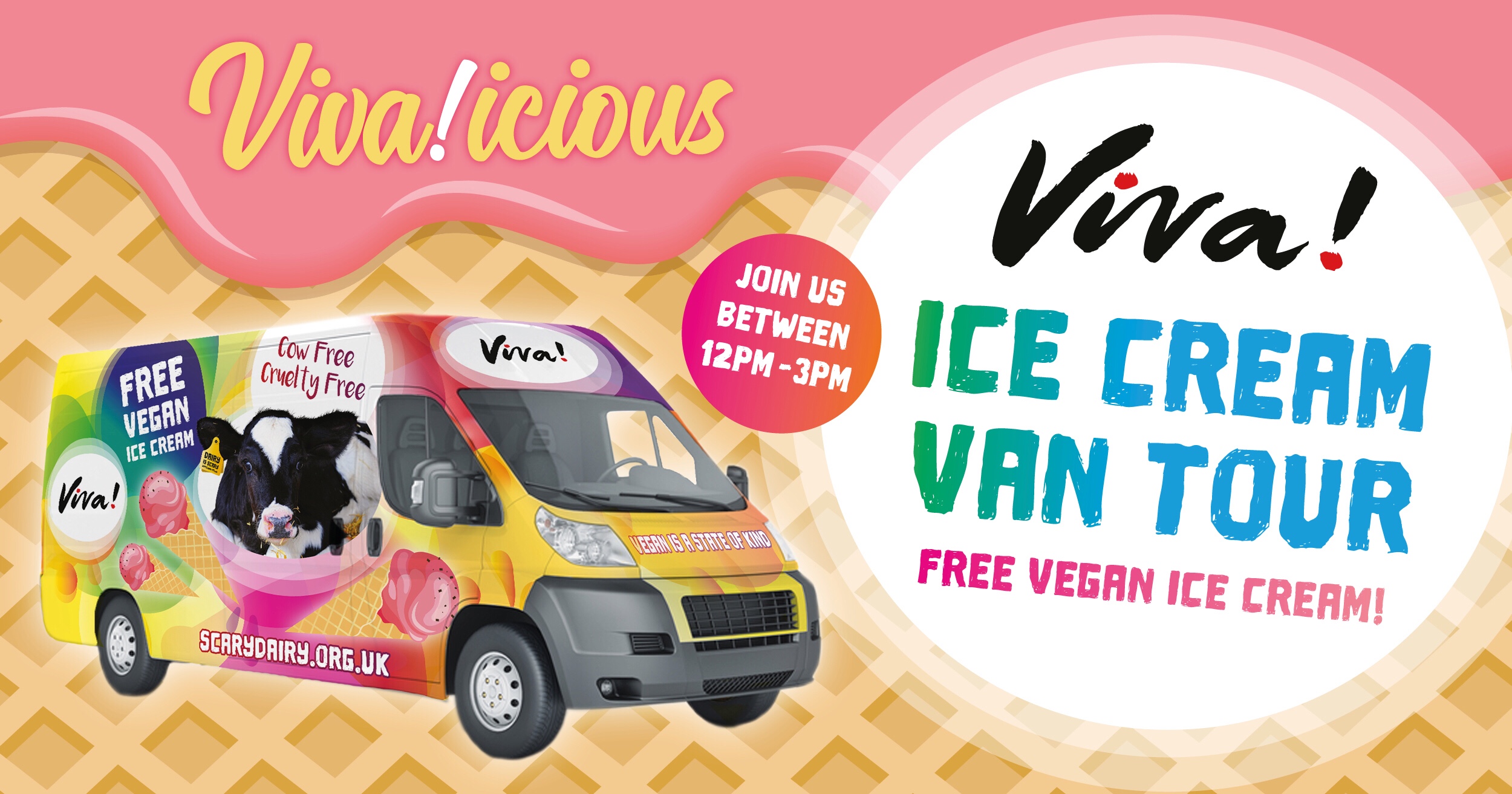 Accompanied by a giant inflatable cow, Viva!’s tour aims to positively raise awareness of farmed animal suffering, demonstrate how delicious vegan food is, and promote the environmental and health benefits of a vegan lifestyle.