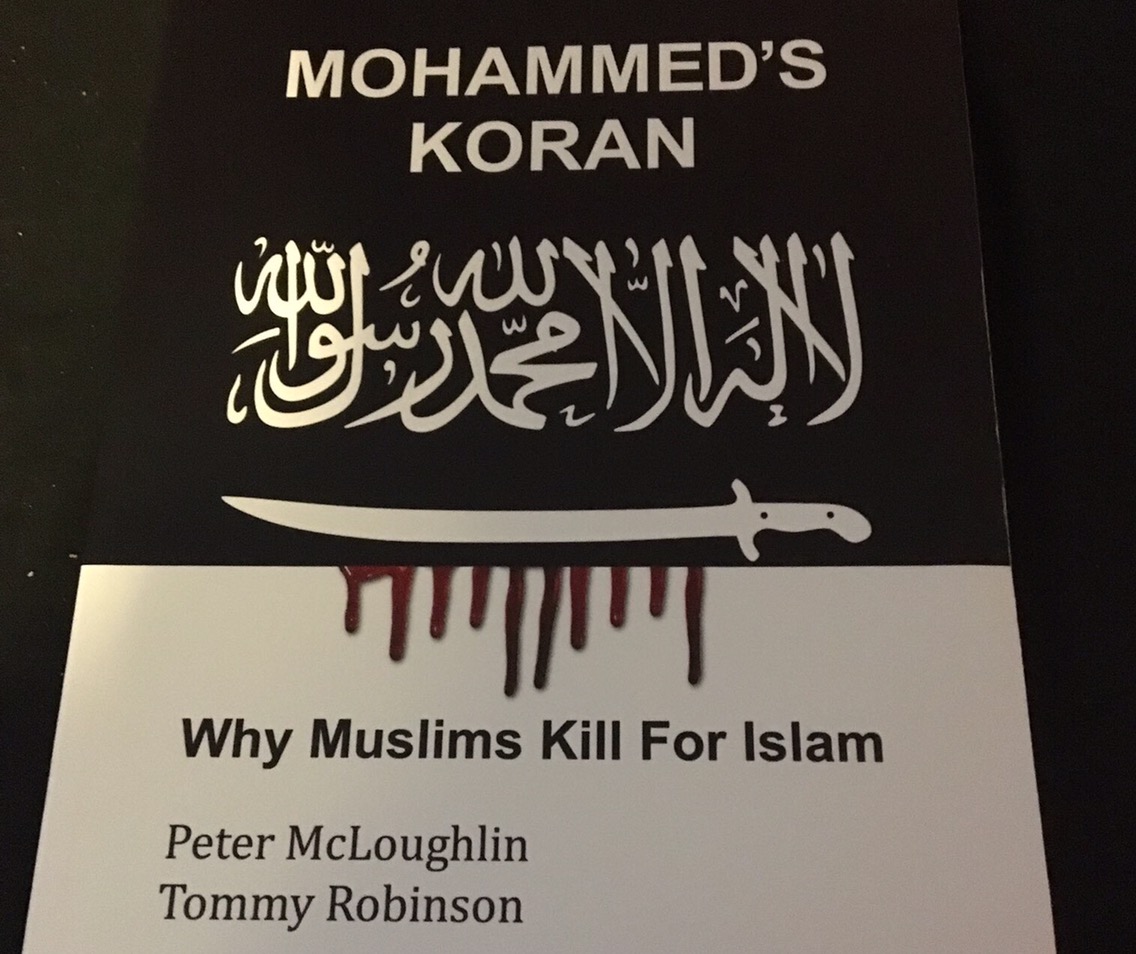 You never thought you would be saying the words, Tommy Robinson and ‘Best selling author’ in the same sentence did you?!

It has happened, the former EDL leader now turned author has sent publishing houses and acclaimed authors worrying as he’s book “Mohammed’s Koran: Why Muslims Kill For Islam” has been at no.1 on Amazon since it was published marking a new milestone in Robinson’s career.

Robinson took to Twitter to announce the book has sold out tweeting “Just to update you my book sold out. I did not expect it to go straight to number 1 best seller and stay there..”

Putting aside the woes of his book signing over the weekend in Sunderland, Robinson has embraced messages of positivity and support from his hundreds of thousands of followers.

Followers have taken to Twitter to share pictures of themselves with their books, with one follower even admitting she got the book as a present !