Olanrewaju & Neyoski talking are fast-rising Hip Hop, R & B, and AfroBeat artist, but there is always a touch of rap in their music. If you are a fan of this type of genre, buying albums and taking time to Download Music will help artists like these out a lot, especially as the music industry isn’t the same as it used to be.

Started as a rapper at age 9 and surely I was mainly inspired by the popular New Orleans rapper “Lil Wayne” who has really influenced my rap by making me a word trickster, and other musicians like M.I Abaga, Jesse Jagz, Ice Prince, Wizkid, Davido and of course Fela Kuti. I and two of my friends started a music band at 13 which we later named Neswat Records, We split after 3 years of making music and went to different schools which rendered the group cancelled. 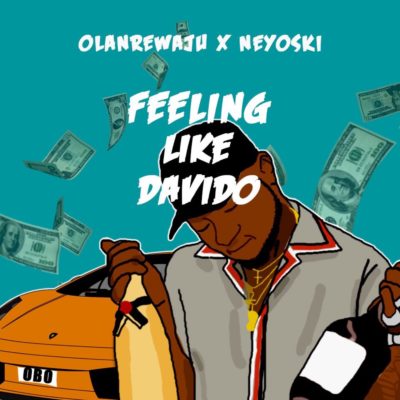 Olanrewaju & Neyoski continued making music together, and it was much easier because we lived in the same house. He picked his real name ”Olanrewaju” as his stage name portraying originality. His genres of music are World and AfroBeat, with his music highly influenced by Fela Kuti and Wizkid. His unique style cannot be overemphasized, this will be confirmed by listeners when “Number Eleven” our forthcoming mixtape is released to the world. Before releasing professional projects, we worked together in our own closet with Laptops, little Mics, Speakers in which we set up our own home studio. We then realized we needed to go professional after releasing numerous home studio works. Then I dropped my first studio work in 2014 titled ”I Need You”, Olanrewaju also dropped his first song in 2014 titled ”Jamisi”.

Neyoski & Olanrewaju later came together as an unsigned musical group called “Olanrewaju & Neyoski” and dropped a hit song called “Follow Me Go” Produced by Starboy’s own Legendury beatz in 2015 which copped a playlist on Apple Music Africa called “The 24 karat African Music” with the likes of Davido, Wizkid, Patoranking, AKA, Sauti Soul and other A listers in the African Music industry. In 2016 August, we released another track titled “Marry Me” produced by Masterkraft which is available in 150 online musical stores worldwide including iTunes, Apple Music, Amazon, Spotify and others. “Marry Me” was recognized by Apple Music as one of the best songs in Africa. Our latest song called “Dance Better”, produced by Dj Coublon was released on Christmas Day 2016.

This hit song was highly recognized and trended on Twitter for two days. It is also available on over 200 musical stores, and we promise to keep on providing good music to our people.

We are currently working on our Mixtape/EP called ”The Number Eleven”. The name of the EP was gotten from the tribal marks on our faces I.e ‘Neyoski & Olanrewaju’. It is going to be one of the best mixtapes Nigeria has seen if you ask me. Starboy’s Legendury beatz, Masterkraft, Dj Coublon and Chopstix are some of the featured producers in this E.P. When this Mixtape drops, we are sure our recognition issues will be taken care of. It will be available in all music stores mentioned above and over 150 online retail stores and blogs including Naijaloaded, Notjustok, and Tooxclusive. This project is going to be the start of a larger career plan in the future.