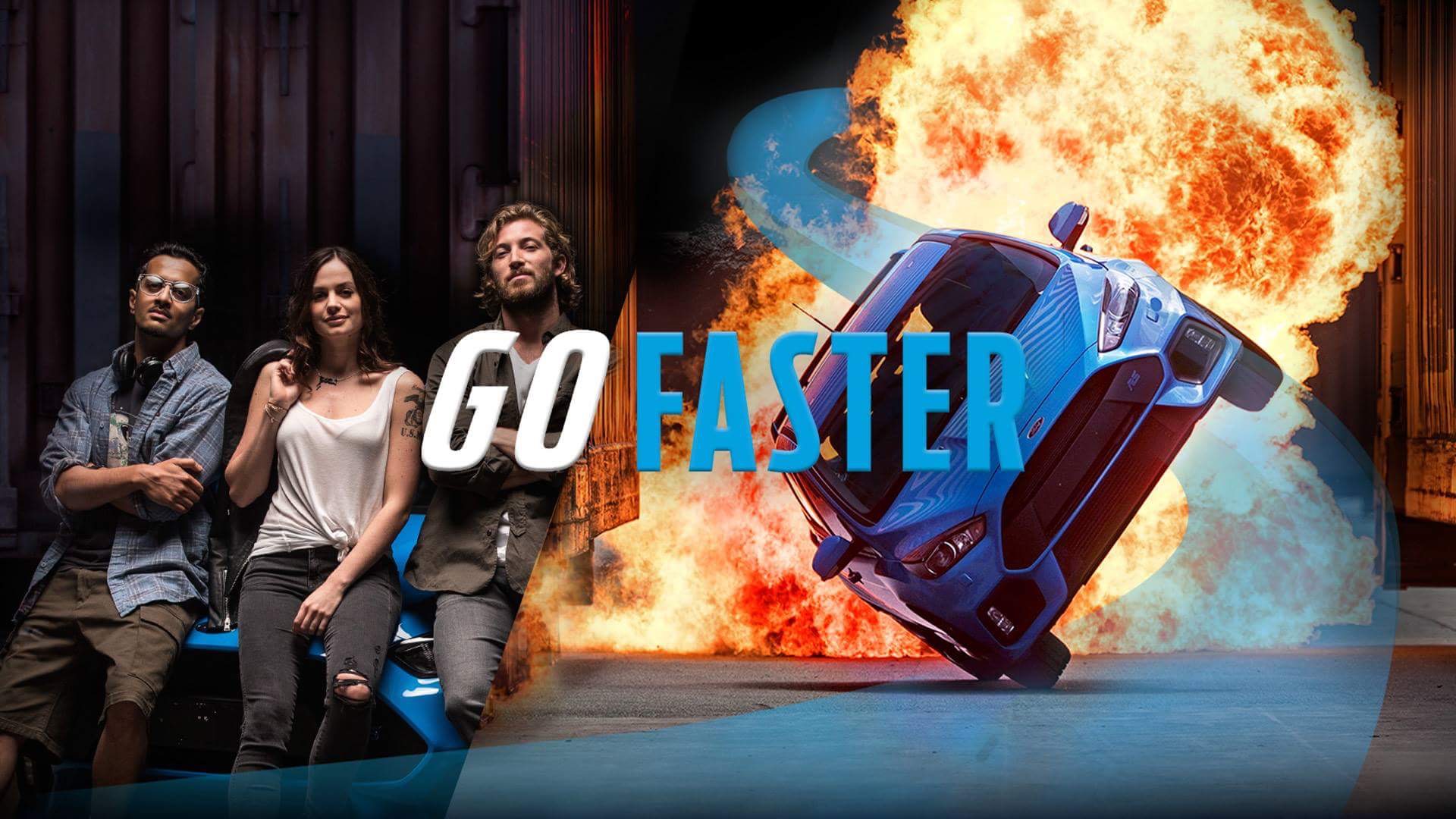 It might just be the coolest job ever, but now everyone has the chance to be a stunt driver for a day – and then see their newly-found skills immortalised forever on film.

Ford’s Go Faster immersive experience will see professional stunt drivers teaching participants how to perform tyre-smoking stunts like drifting and even how to handbrake park into spaces.

They will then get to perform a series of these heart-pounding manoeuvres in a Focus RS hot hatch as they try to shake a chasing Ford Mustang, all filmed using high quality cameras and rigs. Coupled to acting scenes, they will end up starring as Wheels in a movie trailer for “Go Faster”, playing a race driver turned getaway driver as they help to pull-off a daring casino heist. Imagine playing in this role, it could lead to other potential future titles that include heists or casino gambling. Say for instance, you could find yourself eventually starring in a film that may one day end up in a study by newcasinosites.me.uk or other sites!

“This is a unique opportunity to not only perform stunts in one of the mostly highly-rated hot hatches, but to also see yourself and your stunt driving skills appear in a full length movie trailer,” said Andrew Merryweather, Ford’s Brand Experience Manager. “It’s like cinema meets stunt driving lessons, all covered in sleek Hollywood-style production, and it gives participants an unforgettable day out as well as the ultimate brag-worthy content to share with friends.”

Starting in London on Friday 13 October and running until Sunday 22 October, tickets for Ford Go Faster are on sale now at just £99, with a limited number of places available.

Those who sign up for the challenge will receive a call-sheet, storyboard and script ahead of time, before turning up to the huge custom designed site in Barking, East London to see for themselves what it’s like to be the coolest person on set for a day.