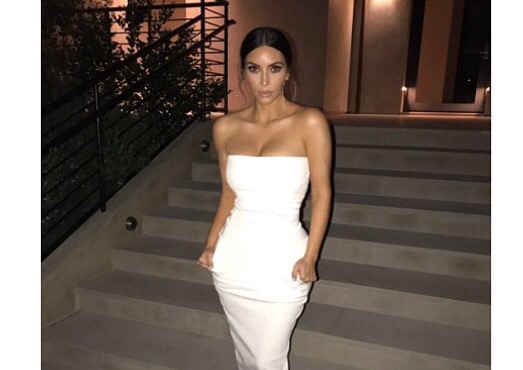 When you’re Kim K and you’ve got it you’ve just got to flaunt it and that’s the approach Kim Kardashian took as she attended Family Equality Council’s Impact Awards gala in LA on Saturday night.

The KUWTK star doned an opulent white gown that showcased every inch of her voluptuous body as she took to the podium to present an award.

The event was to recognize individuals and companies who have made an outstanding contribution to supporting LGBTQ families, and Kim was on hand to present an award to The Real World creator Jonathan Murray and his longtime partner, Harvey Reese.

Kim has always been an advocate of LGBTQ rights. When gay marriage was legalized across the USA in 2015, the Keeping Up With The Kardashians star took to her blog to applaud then-President Obama.