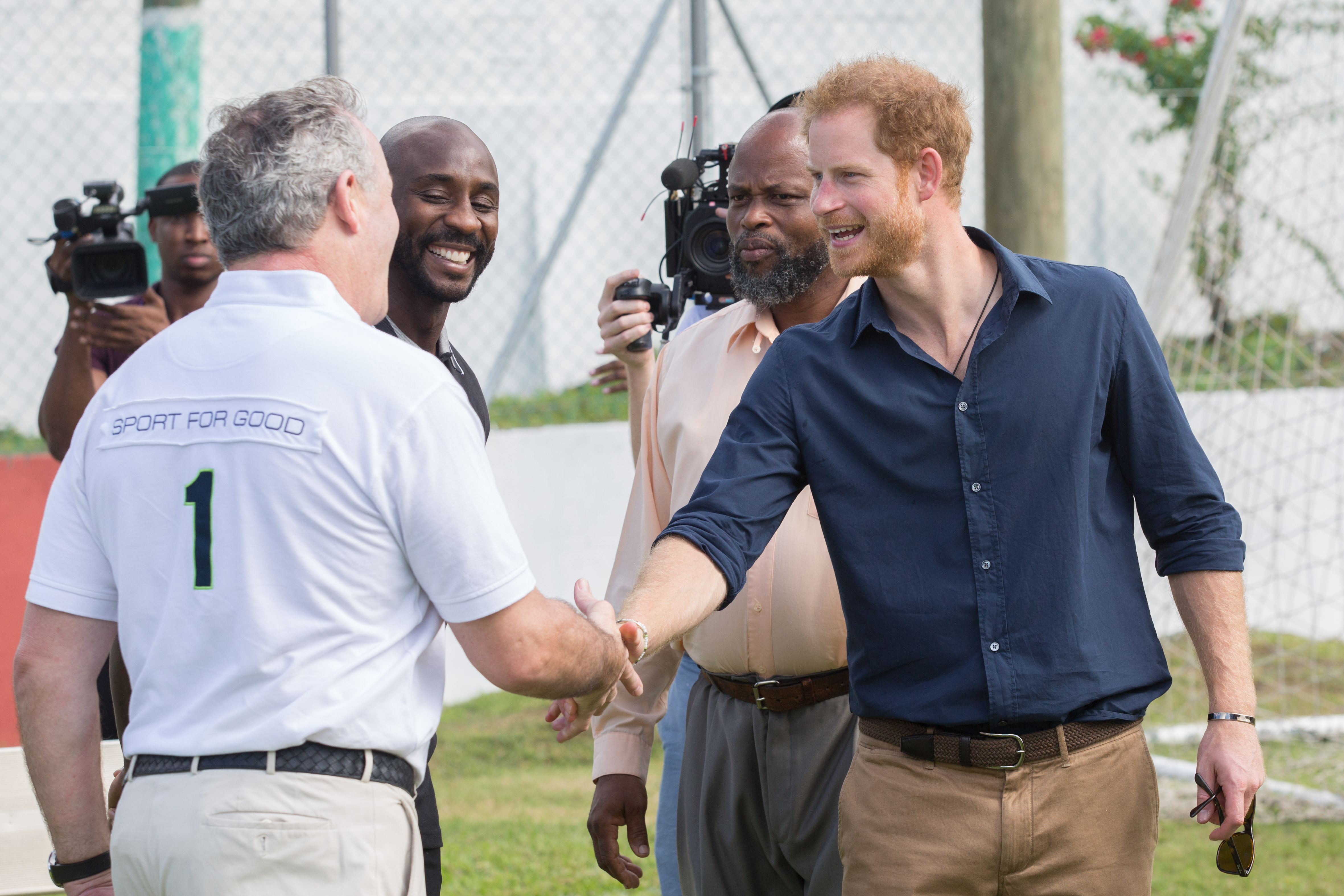 Today’s royal visit to Queen’s Park, in the Grenada capital St. George’s, coincided with the formal launch of an ongoing partnership between Laureus and the Jason Roberts Foundation, that will ultimately help to improve the lives of young people throughout the Caribbean.

In addition to participants from Youth in Action, there were other boys and girls at Queen’s Park taking part in football, cricket and netball sessions, watched by Prince Harry, Jason Roberts and Laureus World Sports Academy Chairman Sean Fitzpatrick, the former All Blacks’ captain.

Jason Roberts, who played for nine English teams in a career lasting 17 years and played 12 times for the Grenada international team, established his Foundation in 2007 – delivering community programmes to promote equality, diversity and inclusion amongst young people in West London, and supporting young people in Grenada.

In 2015 and 2016 vulnerable young people from Grenada undertook sporting and personal development training, before representing their country in the Homeless World Cup tournaments in Amsterdam and Glasgow respectively. Youth in Action uses former players from the teams as volunteers to run sports-based social action projects on the island to promote social inclusion and community cohesion.

From 2017 Laureus will be working with the Jason Roberts Foundation to extend a programme of sports participation and personal development across Grenada, with umemployed young people from disadvantaged backgrounds, including those at risk of offending.  Previous graduates will act as role models and mentors for the new participants in the project.

The partnership will also produce a sport for development curriculum and an independent report with recommendations for how the concept can be repeated in other parts of the Caribbean.