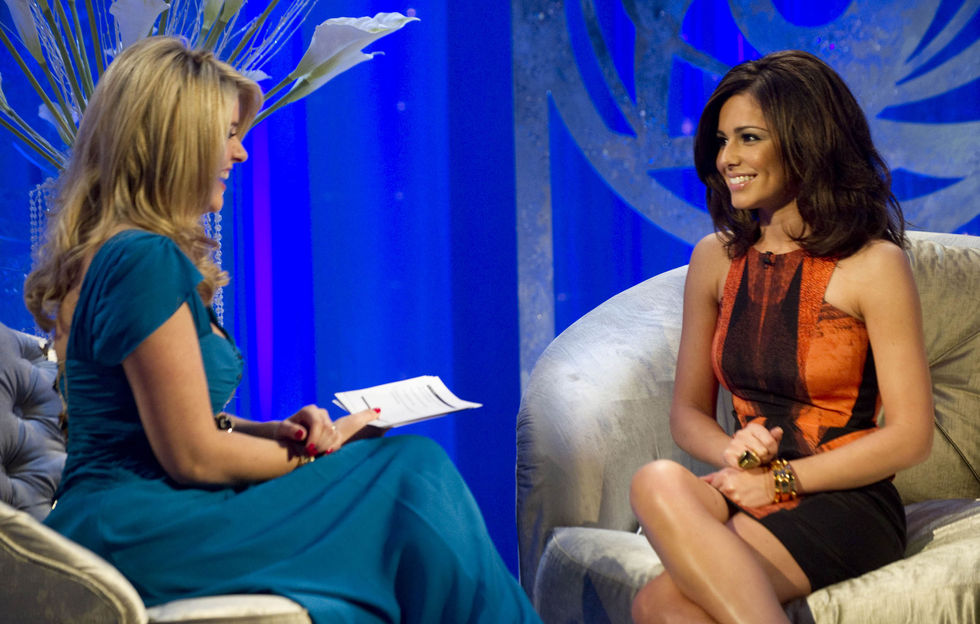 While Cheryl has not yet told anyone she is expecting her first child with Liam Payne, Cheryl appears to have a few parenting tips to say about babies.

Cheryl made an appearance on BBC ones The One Show on Wednesday evening, Sir Chris Hoy said that Cheryl had given him some amazing advice regarding how to get his 2 year old son to sleep at night.

Cheryl gave him the good advice of using lavender oil and an humidifier.

Cheryl was glowing as she said “Lavender helps you sleep and it’s a nice aroma” her advice was happily received.

Cheryl who in her teenage years was very depressed, So she jumped at the opportunity to support childlines 30th anniversary.

The Girls Allowed star added her depression when she was a teen has made her have a very thick skin.

The star has been under speculation for the last 7 week with pregnancy rumours, Cheryl 33 has been dating Liam 23 from One Direction since February this year.

Liam first met Cheryl when he appeared on The X Factor back in 2008 but unfortunately he failed to make it through, Then in 2010 he appeared on the series and joined forces with fellow band mates to create One Direction.

Fans who are the main people to rumour about the pregnancy went crazy when they had seen Liam’s post on twitter “Is the happiest man in the world”.

Cheryl who has been married twice before to footballer Ashley Cole and then to Jean-Bernard Fernandez who split earlier this year, While Liam spilt in October 2015 to his child hood sweet heart.

Cheryl was looking gorgeous in a baggy jumpsuit the star seems to try and hide a tiny bump as she sat on the sofa with her hands in her lap.