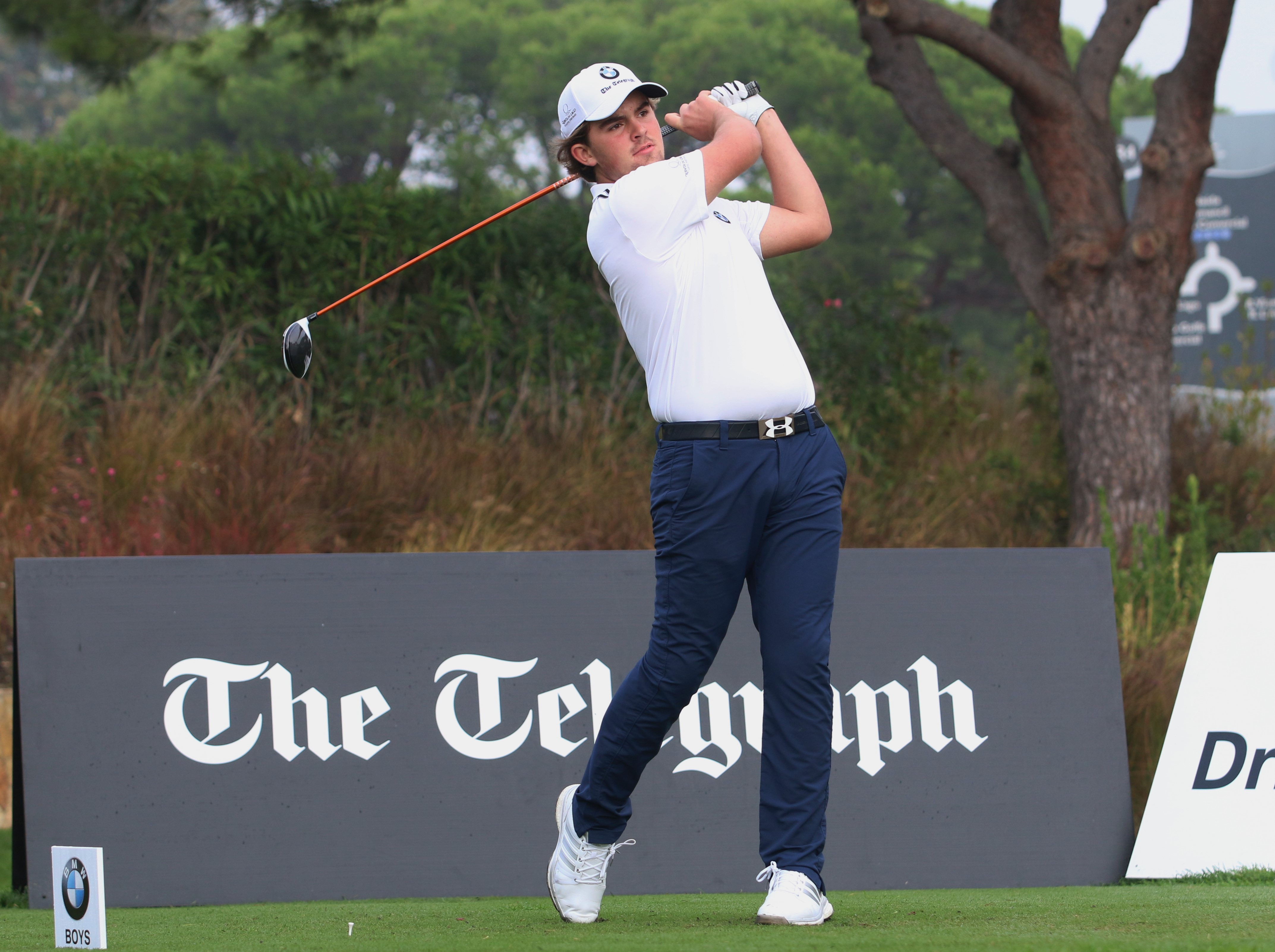 Rising star Harrison Linney is determined to use playing in the 2016 Telegraph BMW Junior Golf Championship as a platform for golfing success after finishing down the field at Quinta do Lago in Portugal.

Linney, from Sawbridgeworth, arrived in the Algarve as the top qualifier for the prestigious 54-hole event but struggled throughout, returning scores of 81, 84 and 78 on Quinta do Lago’s acclaimed North Course.

The 16-year-old, who plays at West Essex GC, eventually finished bottom of the field, 33 strokes behind runaway winner Harry Goddard, but he believes the experience will stand him in good stead in the future.

Linney said: “It was a great experience playing here. The greens were perfect, in great condition too. You can shoot low on the North Course, but you have to be smart at the same time. Maintaining that consistency is something I can take away from the week.

“The year has been good. I qualified top for the Telegraph BMW event and it was a memorable week overall.”

England international Goddard led from start to finish to claim a comfortable victory ahead of Scotland’s Darren Howie and Sheffield teenager Barclay Brown, and began in blistering fashion, shooting a course-record 66 on the opening day of the tournament.

“I wasn’t happy after my second round,” said Goddard, who was making his second appearance in the event. “I had played so well and was eight under through 26 holes.

“But it felt great in the final round. I got my fade back and I knew I would be striking it well again. Through nine I stiffed it to half a foot and that gave me so much more confidence. I knew that I would win from there.”

Fellow England star Hannah Screen made it a tournament to remember for Hertfordshire junior golf as she closed out a two-shot win in the girls’ competition.

Screen trailed 14-year-old Lily May Humphreys by two shots after the first round of the 54-hole-strokeplay competition.

But a second successive 73 from the 16-year-old from Berkhamsted gave her a one-stroke advantage going into the final round and she successfully closed out victory, with Humphreys finishing in second place and English girls’ under-16 champion Amelia Williamson third.

Goddard and Screen will now enjoy the privilege of playing in next year’s BMW PGA Championship Pro-Am at Wentworth, an initiative started by Paul McGinley three years ago.

This year’s tournament featured a record number of entries with an estimated 25,855 juniors participating, an overall increase of 38 per cent on figures last year.

Linney was one of 12 boys and nine girls to take part in the competition, which was hosted by Quinta do Lago for the fourth year in a row, with the action taking place on the resort’s North Course – one of three championship courses at the resort.

The redesign of the North Course and the opening of the highly-acclaimed new Bovino Steakhouse are among a number of high-profile changes at Quinta do Lago, and competitors had the chance to experience the resort’s full array of luxury facilities as well as enjoying complimentary accommodation at the nearby five-star Monte da Quinta Resort.